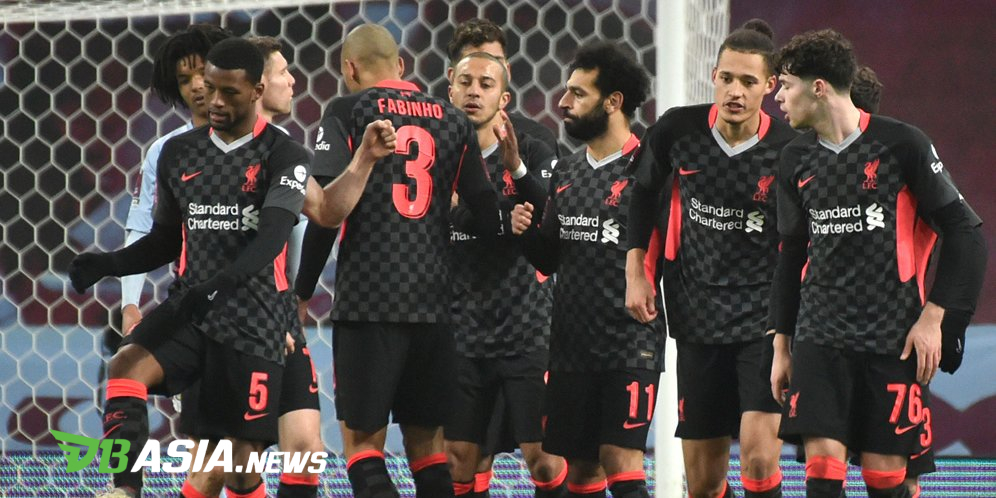 DBasia.news – The defending Premier League champions, Liverpool will host their title competition rivals this season, Manchester United in a follow-up match that takes place at Anfield, Sunday (17/01) at 23.30 WIB.

Both have collected the same points (33 points) and are only separated by goal difference. Man United have the advantage of playing one game less. No doubt the two duel in the match titled North West Derby will be awaited.

Jurgen Klopp has prepared a special training session for Liverpool ahead of the match. Liverpool have nine days of preparation time before fighting MU and recently (09/01) defeated Aston Villa 4-1 in the FA Cup.

In order to respond to the ‘rare’ break period on the football agenda amid the coronavirus pandemic, Klopp has made changes to his training sessions. What is that change?

“Exactly and that’s what we’re going to do (changes in training),” Klopp told BT Sport. “Very important. We have a lot of players without rhythm.”

“So we will do a lot of situations 11 vs 11 (in training sessions) because that’s a very important thing for football players that we can’t give too often. Now we have time and will use it for that, yes,” he explained.

Unlike Liverpool, Ole Gunnar Solskjaer’s Man United will still compete against Watford in the FA Cup (10/01) am, WIB and the Premier League postponed match against Burnley (13/01) am, WIB.