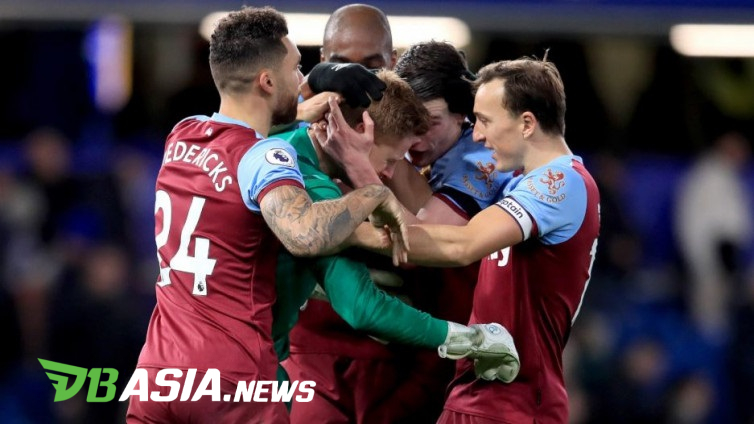 DBasia.news –  Chelsea’s minor winless period continued in three successive matches in all competitions. The Blues lost 0-1 in the London Derby against West Ham United in Week 14 of the Premier League.

After losing 1-3 to Manchester City, Chelsea drew 2-2 against Valencia and are now losing 0-1 to West Ham. As for the Hammers, it was their first win at Stamford Bridge in the Premier League since they last did it in 2002.

Five changes were made by Frank Lampard in the Chelsea squad after appearing against Valencia in the Champions League. Olivier Giroud, Emerson, Fikayo Tomori, Mason Mount, and Pedro Rodriguez appeared as starters in a 4-3-3 tactic.

While Manuel Pellegrini, who was highlighted on the issue of his dismissal, played a 4-1-4-1 formation to serve Chelsea’s midfield. Robert Snodgrass, Mark Noble, Pablo Fornals, and Felipe Anderson, will support the single striker, Michail Antonio.

The journey went on with high intensity early in the first round. The thing that was predicted to happen in a match titled London Derby. Moreover, West Ham needed a victory to move away immediately from the relegation zone.

Chelsea, with the energy of playing from young players and supported by their supporters, showed their threat on the front lines in testing the West Ham defense raised by Angelo Ogbonna and Fabian Balbuena.

However, David Martin, West Ham goalkeeper, played neatly to fail a number of opportunities in the first half, especially when he made three saves from the opportunities created Mateo Kovacic, Giroud, and Pedro.

Christian Pulisc also created opportunities twice and none were on target. Chelsea goalkeeper, Kepa Arrizabalaga, also made a rescue from Michail Antonio’s header. The great action of the two keepers made the match in the first half end with a 0-0 score.

At the beginning of the second half, West Ham immediately took advantage of quickly using the negligence in the Chelsea defense. Aaron Cresswell rose to help the attack on the right side of Chelsea’s defense, moving the ball to the right foot and releasing a kick that can not be ignored by Kepa. 1-0 West Ham were ahead in minute 48.

As expected, the advantage changed the game of West Ham and they overlaid to maintain the advantage. Chelsea had difficulty to create dangerous opportunities in the 16-meter West Ham area.

The entry of Willian, Callum Hudson-Odoi, and N’Golo Kante, kept the tempo of Chelsea’s attack. However, West Ham’s defense was challenging to penetrate, plus Martin played well in guarding the team’s goal.

Seven minutes of extra time were given at the end of the match and no more goals were created at Stamford Bridge. Chelsea have done everything but West Ham play discipline and solid at the back. West Ham won with a score of 1-0.