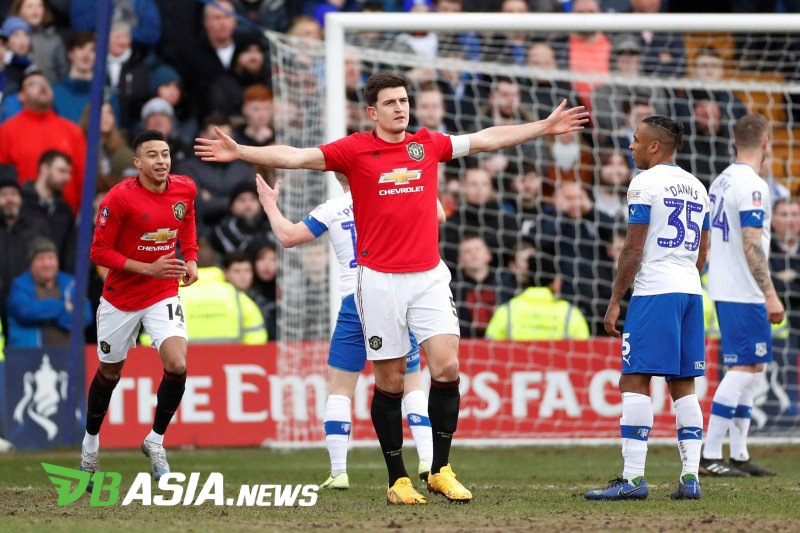 DBasia.news –  Manchester United strolled easily into the top 16 of the FA Cup thanks to a 6-0 victory over host, Tranmere Rovers, at Prenton Park, Sunday (1/26/2020).

Facing Tranmere Rivers, who are in League Two or the fourth caste of English competition, Manchester United featured six players who were not played when they were defeated by Burnley. In this fight Ole Gunnar Solskjaer played Mason Greenwood as a starter.

Since the match began Manchester United immediately tried to score fast goals by continuing to pressure Tranmere’s defense. United’s efforts paid off when the game entered the tenth minute.

Harry Maguire who pierced alone towards the end of the penalty box was able to release a heavy kick. The captain’s kick shot towards the left corner of Tranmere’s goal without being contained by goalkeeper, Scott Davies.

Red Devils only needed three minutes to double the advantage. Receiving feedback from Anthony Martial on the right side, Diogo Dalot dodged Ridehalgh’s obstacle before entering the penalty box and releasing a directional strike. The ball went through the net past Davies who did not flinch. United ahead 2-0.

The host’s goal continued to shake in the 16th minute or three minutes after Dalot’s goal. Manchester United’s goal this time came through a kick by Jesse Lingard after receiving Maguire’s pass. The score changes to 3-0.

Ole Gunnar Solskjaer’s fleet continues to control the game. Attack from Tranmere that occasionally came was unable to shake the defense of the Red Devils.

United returned to breaking into the opponent’s goal on the 41st minute. The goal was born through a header from Phil Jones who continued the bait of Andrea Pereira’s corner kick.

At the end of the first half, Man United for the fifth time broke down Tranmere’s goal. This time it was Anthony Martial’s turn to be a goal contributor through an accurate strike to the top corner.

Until the first half ended, Manchester United, who had the ball up to 73 percent, were able to maintain a 5-0 lead over League Two Tranmere Rovers.

In the second half Manchester United were still dominant. Similar to the first half, United scored a goal during the second half of ten minutes. United’s sixth goal was born from Mason Greenwood’s penalty. The penalty was awarded to United after Tahith Chong was dropped by Scott Davies.

One hour into the game, Tranmere almost made a goal. But Morgan Ferrier’s effort which was previously able to pass Jones failed to produce a goal. The ball was still too weak and was easily secured by Sergio Romero.

The host continued to try to get a consolation goal by repeatedly sending the ball into United’s penalty box. However, the Red Devils defense was still too sturdy.

The tempo of the game dropped dramatically with 20 minutes remaining. Field conditions that were getting worse made it difficult for both sides to develop the game.

Although alternately pressing several times, the two camps did not manage to change the situation until the fight was over. Manchester United came home with a 6-0 win as well as a ticket to the fifth round of the FA Cup.