Manchester City wants to bring in Kalidou Koulibaly from Napoli 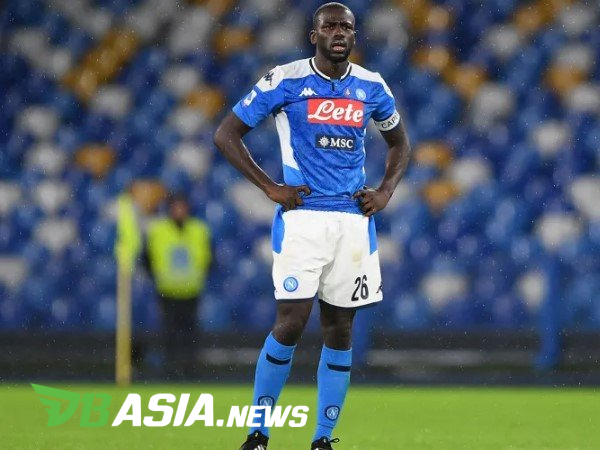 DBasia.news – Manchester City are reportedly looking to bring in Napoli’s mainstay defender, Kalidou Koulibaly in the transfer market this summer. The Citizens are starting to prepare themselves for the Premiere League 2020-2021 season.

The 2019-2020 season for Manchester City is not over yet. Sergio Aguero and colleagues are still competing in the Champions League. Man City will face Olympique Lyon in the quarter-finals.

However, Manchester City is actively engaged in the transfer market. Man City seemed to have forgotten the Financial Fair Play violation case.

The two players were not quite satisfying for Manchester City. Based on the news revealed by Italian journalist, Nicolo Schira, The Citizens are entering the next stage in the transfer of Kalidou Koulibaly.

Manchester City wants to increase the line-up of players in the center-back sector. After evaluating this season, Man City felt that the center-back is one of the sectors that needed to add depth to their squad. Moreover, Nicolas Otamendi is 32 years old.

Manchester City are discussing with the player’s agent, Fali Ramadani. Man City are willing to provide a contract duration of up to 2025 with a salary of up to 10 million euros per season for Koulibaly.

Meanwhile, Napoli has no objections in releasing the 29-year-old defender. However, Il Partinopei wants at least 80 million euros in transfer fees.

Kalidou Koulibaly has indeed attracted the attention of a number of Premier League clubs in recent years. Manchester City, Manchester United, Liverpool and Chelsea are some of the clubs that are reportedly monitoring Koulibaly.