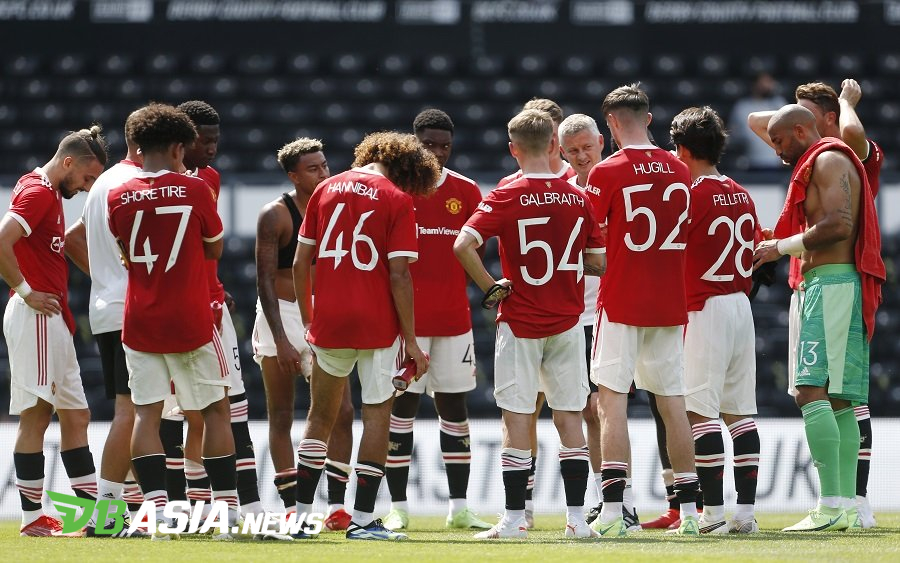 In the match which took place at Pride Park Stadium, Sunday (18/7), Manchester United closed the match with a 2-1 win. Two of the Red Devils’ winning goals were scored by his young players.

This makes Manchester United’s game look unorganized. Although they still dominate possession of the ball.

Manchester United could finally open the scoring when the game entered the 18th minute. Tahith Chong, who just returned from a loan spell, successfully listed his name on the scoreboard by taking advantage of an error in the opponent’s defense.

Manchester United failed to add a goal until the first half was over. Score 1-0 for the visitors lasted until halftime.

After the break, Solskjaer immediately replaced nine of his players. Only Axel Tuanzebe and Teden Mengi remained.

Senior players such as Nemanja Matic, Jesse Lingard, to Alex Telles were given the opportunity to play. They accompanied a number of young bloods such as Facundo Pellistri and Shola Shoretire.

With more senior players, Manchester United’s game is getting better. Pellistri then was able to double the advantage in the 59th minute using a good shot from Shoretire.

Derby County was able to reduce the position in the 70th minute. Colin Kazim-Richards was able to solve the Manchester United defensive error with a hard horizontal shot.

Jesse Lingard almost got his name on the scoreboard. But his curling shot just hit the crossbar.

The score 2-1 for Manchester United’s victory lasted until the game was over. This is a valuable asset for Juan Mata and his friends before competing in the Premier League 2021-2022.