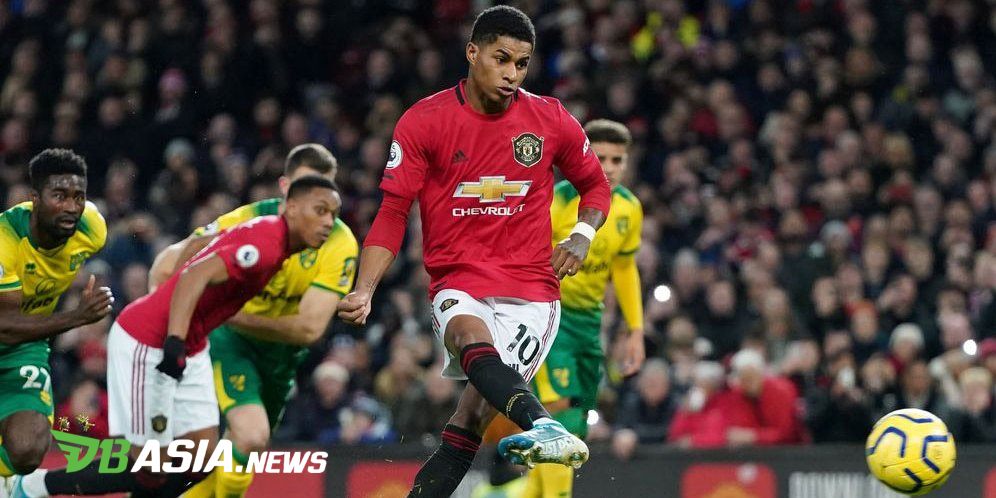 DBasia.news –  Two goals against Norwich City in the Premier League match continues to bring Marcus Rashford to record a number of records in the 200th match for Manchester United.

Manchester United won 4-0 over Norwich City in Week 22 of the Premier League, Saturday (11/01) WIB, through two goals scored by Marcus Rashford, Anthony Martial and Mason Greenwood. The victory felt even more special as Rashford was playing his 200th match for United.

According to Opta records, Rashford has played 200 matches, scored 64 goals and provided 26 assists. The number of goals surpassed the Portuguese superstar, Cristiano Ronaldo, when he played 200 games with Man United in the 2003-2009 period with 54 goals from 200 matches.

Added by Squawka, Rashford has also become the third youngest player in club history to have recorded 200 appearances under two legends, George Best (21 years seven months) and Ryan Giggs (21 years nine months). Rashford recorded it at the age of 22 years and two months.

Ole Gunnar Solskjaer, United’s manager, praised the achievements of the club’s academy products and the Manchester-born native player. According to him, Rashford is a world class player who can still improve his abilities to a higher level.

“It’s an achievement reaching 200 matches at his age. I don’t know how many goals he scored (in total), but that’s his 19th goal of the season,” Solskjaer said praising Rashford, as quoted by Goal.

“He is truly a world-class player to work with, a great kid. He wants to learn, improve, and he knows how to keep his feet on the ground (humble).”

“Today he had a slight injury, but he didn’t say before the game that he didn’t want to be played.”

“He will be even better, but he has everything to be a world-class player: attitude, ability, physical. I am glad I have three central attackers (Rashford, Anthony Martial and Mason Greenwood) who scored today,” concluded Solskjaer .

Man United fans expect Marcus Rashford to continue his great performance when the team visits Anfield, Liverpool’s headquarters, a team that has never lost in the Premier League so far in Week 23 of the Premier League.