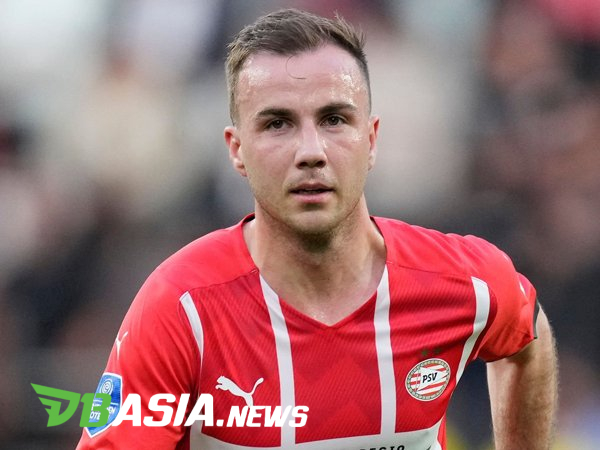 DBasia.news – Germany’s hero at the 2014 World Cup, Mario Gotze is reportedly back in Germany and will join the 2021/22 Europa League champions Eintracht Frankfurt.

Gotze, 30, left the Bundesliga in 2020 after a disappointing second spell at his first club Borussia Dortmund.

And he now has ambitions to shine again in the top flight after moving from PSV.

“Eintracht Frankfurt have agreed a contract until 2025 with Mario Gotze as we continue to form the squad for the upcoming season,” the club said in a statement on their website.

“The 30-year-old player made 77 appearances over the last two seasons for PSV Eindhoven, where he won the Dutch Super Cup in 2021 and the KNVB Cup in 2022, registering 18 goals and 18 assists.”

Sporting director Markus Krosche added: “The fact that a player like Mario Gotze chose, with complete confidence, Eintracht Frankfurt over many other offers shows the extraordinary image this club has built over the last few years.

“I don’t need to talk much about [Gotze’s] footballing qualities. We lack players of his type. Mario’s technical ability will really help our game, especially when we have the ball against teams that are far down.

“In addition, he can show his strength in almost any attacking position, which gives us more tactical options. Lastly, he brings years of experience at the highest international level.”