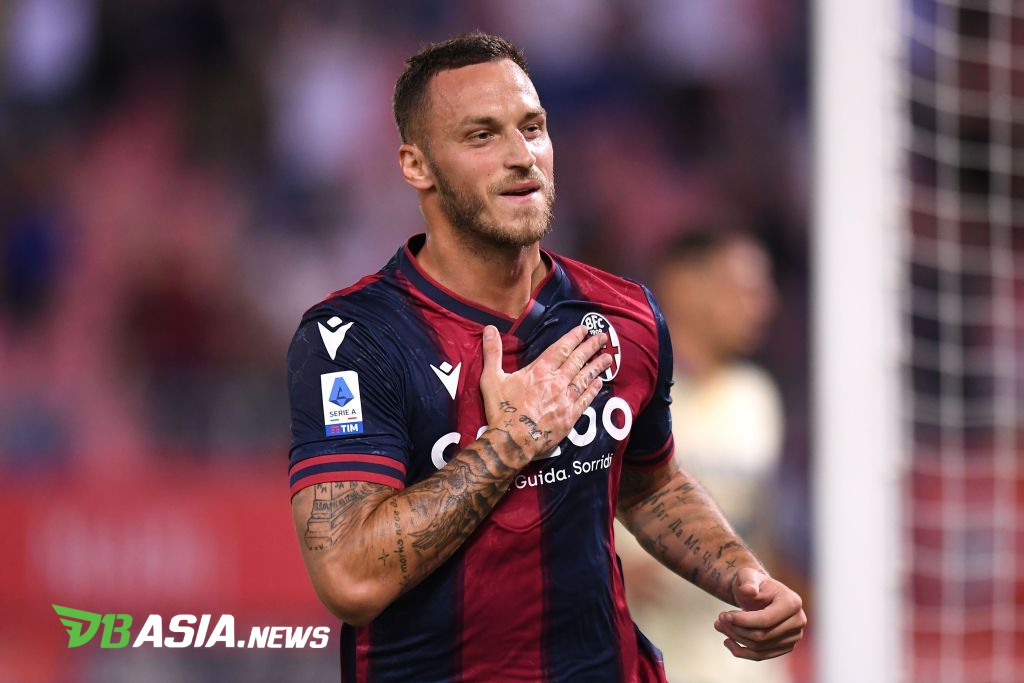 DBasia.news – As Manchester United attempted to sign a new striker last summer, they were linked with Austria international player, Marko Arnautovic, who previously played in the Premier League with West Ham.

Despite the fact that Arnautovic has managed to steal the limelight in Serie A since returning to European football from China, there are claims that United supporters are against a possible transfer for the 33-year-old striker and the Old Trafford club’s focus has shifted to other players.

Bologna director, Marco Di Vaio then explained, telling Corriere dello Sport: “We did a great job with Marko. We always underline how much we believe in it.

“Juventus never made a direct request, but United did. United didn’t back down because of their fans, but only because Arnautovic understood how important he was to the Bologna project.

“He behaves like a true champion, understands what Bologna means as a city and a club. He is a role model on and off the pitch. I was surprised by his involvement. He helps young players. He has an ‘English’ approach. He always gives it his all.”

Arnautovic joined Bologna in the summer of 2021 and has scored 21 goals in 42 appearances.

In the 2022/23 season, the former Inter Milan player successfully scored 6 goals and made his name at the top of the Serie A goalscoring list.

United may not be targeting the Austrian palayer again and will explore other options for the proven Number 9 player.