Messi breaks two new records, one of which belongs to Ronaldo 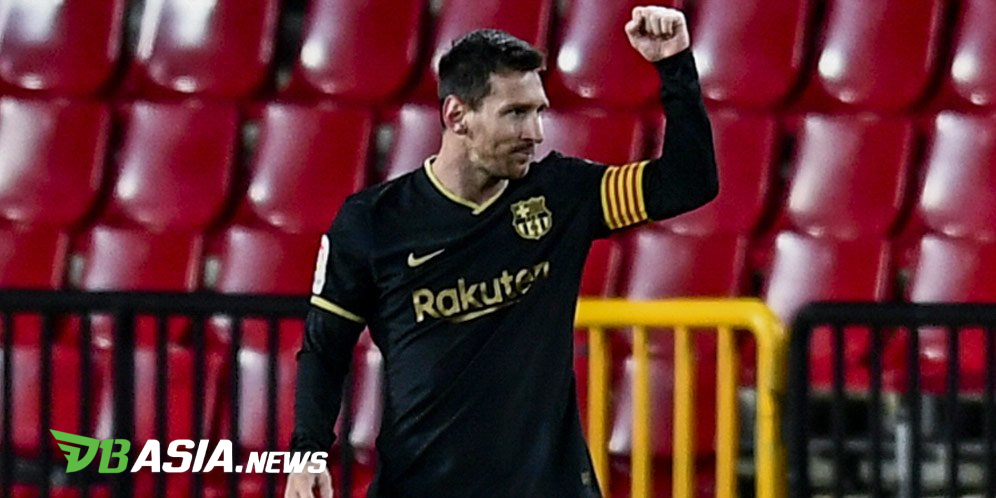 DBasia.news – Barcelona superstar, Lionel Messi appears to have continued to make history in his career. This time, La Pulga made two new records.

Lionel Messi performed brilliantly when Barcelona defeated Granada with four goals without reply. The Argentine scored two goals (35, 42), while the other two belonged to Antoine Griezmann (12 ‘, 63’).

According to Opta Jose, with these two additional goals, Messi is the only player to score more than 10 goals in 15 consecutive seasons in LaLiga history. This season, Messi has scored 11 goals.

Lionel Messi has also made his way to the top of the LaLiga 2020-2021 top scorers list. The 33 year old player is one goal ahead of Villarreal striker, Gerard Moreno.

Third place belongs to Iago Aspas and Luis Suarez, who both scored nine goals. Meanwhile, Karim Benzema and Youssef En-Nesyri were in fourth place with a record of eight goals.

Unfortunately, Barcelona is in danger of losing Lionel Messi next season. Until now, Messi has not extended his tenure at Barca. Reportedly, Messi will make a decision when the season ends.

Messi breaks two new recordsone of which belongs to Ronaldo