Messi still feels awkward being in a team with Ramos 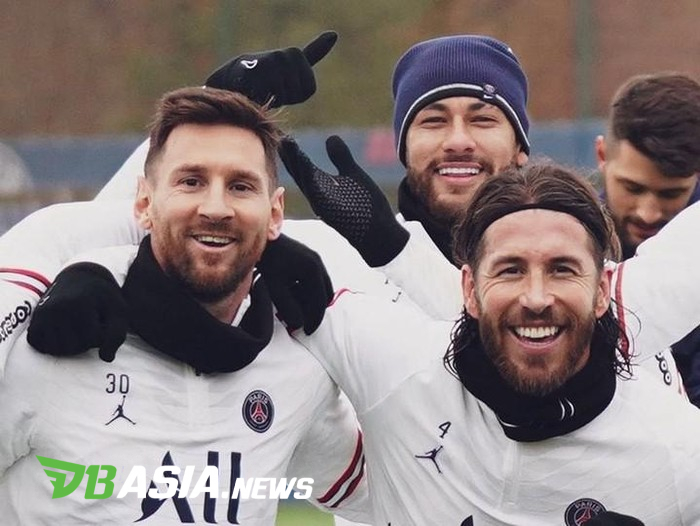 DBasia.news – Lionel Messi was Sergio Ramos’ arch-enemy for many years. So it’s understandable for Messi to feel awkward when he now has to team up with him at Paris Saint-Germain.

Messi was one of PSG’s purchases last summer after being brought in for free, as his contract at Barcelona had expired. Incidentally the Catalan club was in financial trouble.

Messi’s arrival was even more surprising as PSG a few weeks earlier had also just signed Ramos, whose contract had also expired at Real Madrid. Ramos at that time left Madrid which he strengthened for 16 years.

The departure of the two Spanish football icons has come as a surprise. Then, PSG surprised the public even more when they were able to unite Ramos and Messi in the same team.

It’s only understandable considering that Ramos and Messi were mortal enemies on the pitch when they played in LaLiga. Ramos as a defender will definitely tackle Messi to protect Madrid’s goal.

Messi and Ramos frequently clashed on the field due to the hard duel that occurred. However, now Ramos and Messi are actually working hand in hand to bring PSG to victory.

“Initially, because we had to team up with him after so many years as opponents, it’s not the case now. We are the captains of Barca and Madrid, who have gone through many Clasico matches, duels on the pitch,” Messi said as quoted by ESPN.

“But that is in the past and we have always respected each other despite the fierce rivalry in El Clasico. The proof is that we are both teammates now. He is slowly starting to join us and hopefully he can play soon because he will become an important player to make our dreams come true.”

Unlike Messi, who has often appeared at PSG this season, Sergio Ramos has never played as he continues to be injuried. The 35-year-old defender is likely to be played in the Champions League midweek.

Messi still feels awkward being in a team with Ramos