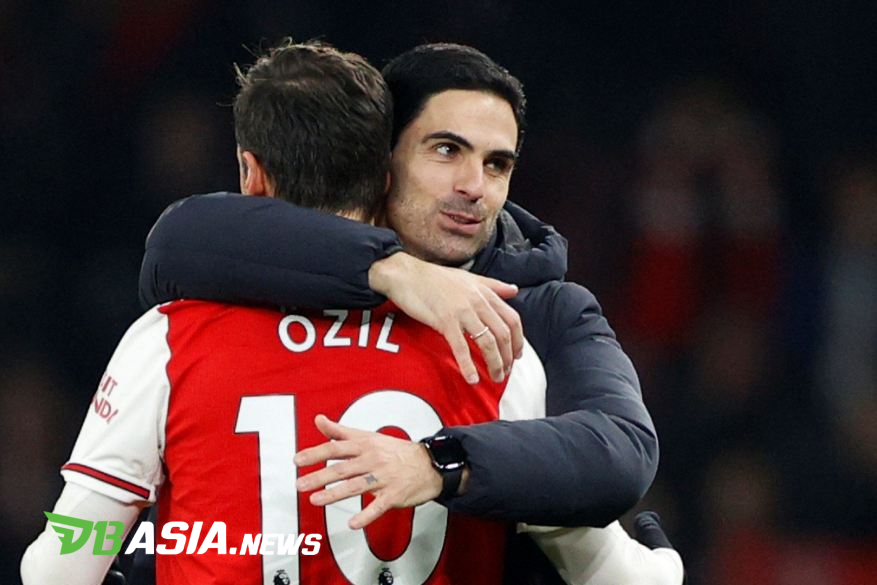 DBasia.news – Arsenal manager, Mikel Arteta finally commented on his decision to remove Mesut Ozil’s name from the list of players who will play in the 2020-2021 Europa League. He admitted that it had to be done.

Ozil seems to have no future at Arsenal. He has not been played since the competition resumed during the pandemic.

Even though Ozil is one of the highest paid players at Arsenal. The management of the North London club had to pay 350 thousand pounds to the German midfielder each week.

The omission from the Europa League squad confirms Ozil’s position that Arsenal no longer needed him. Even though his reputation as a creative midfielder cannot be doubted.

“It was a difficult decision for me because removing players from the squad at this level when they know they cannot be involved is challenging,” Arteta said as quoted by the Mirror.

“I really don’t like this situation. But the decision had to be taken as we outnumbered foreign players (which we can register) and unfortunately we have to make that decision.”

It must be admitted that Ozil’s performance has indeed decreased when compared to three or four years ago. However, the decision to alienate the player was due to non-technical reasons.

As is known, Ozil had rejected the salary cut policy proclaimed by Arsenal’s management during the pandemic. Since then, he never took to the field again.

Interestingly, Ozil didn’t seem bothered by the situation he was in. He even rejected an offer from a Saudi Arabian club and was determined to stay at Arsenal until his contract was over.