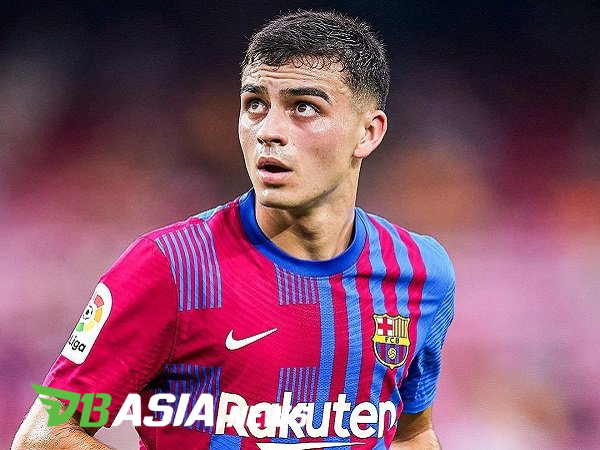 DBasia.news – This year has been even more memorable for Barcelona’s young midfielder, Pedri. The player whose full name is Pedro Gonzales Lopez has just been named the winner of the 2021 Golden Boy trophy.

Golden Boy is one of the prestigious awards aimed at young footballers. Tuttosport as a well-known Italian media was the initiator.

For this year’s edition, Pedri got the most votes to win the Golden Boy trophy. He won the competition with Jude Bellingham and Jamal Musiala who had to settle for second and third place.

“I thank Tuttosport for this trophy that makes me proud. Thank you also to all the jury members and fans who have always supported me in this amazing 2021,” Pedri said in a video message broadcast by Tuttosport.

“Of course many thanks to Barca, the national team, family, friends and of course to everyone who is close to me day by day. Without them I would not have been able to win the Golden Boy.”

Pedri is a phenomenon in itself in the midst of the financial crisis that hit Barcelona. He quickly became a mainstay of the Blaugrana despite not yet turning the age of two.

Barcelona brought Pedri from Las Palmas in the 2019 summer transfer market for a fee of 5 million euros. However, he only moved to Camp Nou a year later.

Pedri quickly became a key player for Barcelona under Ronald Koeman. He recorded only one absence throughout LaLiga last season.

Pedri’s maximum contribution with Barcelona saw him secure a place in the Spain squad for the 2020 European Cup, last summer. He became one of the core players and led La Furia Roja to the semifinals.

Not long after, Pedri flew to Japan to defend Spain in the Olympics. In this event, he is always the starter and brings the Matador Team to the final.

This makes Pedri one of the busiest players throughout 2021. The effect will only be seen at the beginning of the 2021-2022 season. He suffered a muscle injury and had been out since the end of last August.