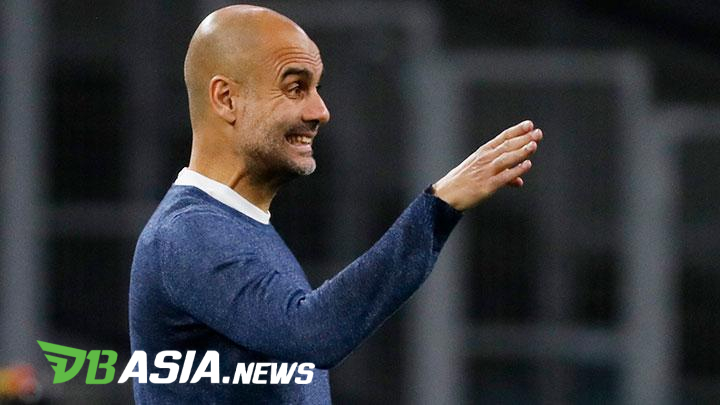 DBasia.news – Manchester City fans are getting good news regarding their manager Pep Guardiola’s contract. The manager from Spain adds to his tenure with The Citizens for the next three years (2023).

Guardiola’s contract (49 years) expires in 2021 with Man City who he has coached from 2016. From the last term of his contract City has extended it two years until 2023 and the official City website has confirmed.

“Since I arrived at Manchester City I have been made to feel very welcome at the club and in the city itself – from the players, staff, supporters, the Manchester people and the chairman and owner,” said Guardiola.

“Since then we have achieved a lot together, scored goals, won games and trophies, and we are all very proud of that success.”

“Having that kind of support is the best thing any manager can have. I have everything I want to do my job well and I am humbled by the confidence the owners, chairman, Ferran (Soriano) and Txiki (Begiristain) have shown me to continue for another two years after this season. “

“The challenge for us is to continue to improve and develop, and I am very happy to help Manchester City do that.”

Improve and develop. Man City in the last four years under Guardiola has become a major force in England and Europe with two Premier League titles, one FA Cup and three League Cups.

Kevin De Bruyne et al have always been the favorite team to win the Premier League along with Liverpool, especially City who demonstrated offensive football and entertained the audience.

Guardiola’s contract extension is even more interesting because it happened amid rumors of Lionel Messi’s arrival. It is no secret that the six Ballon d’Or winners are linked with City because of Guardiola, his former coach at Barcelona.

In the summer of 2020 Messi made a transfer request that Barcelona refused. However, his contract expires in 2021 and it is alleged that the player no longer wants to extend his contract with Barcelona.

Messi is considered not happy to be playing for the only club he has been defending so far since promotion from La Masia. This issue is getting stronger as seen from his recent comments.

“Actually, I’m a little tired because it’s always a problem for everyone at the club,” Lionel Messi was quoted as saying by Sky Sports. “Besides, after a 15 hour flight, I saw the tax man waiting for me. This is crazy.” The greater the chance for Lionel Messi to reunite with Pep Guardiola who won the treble winners together at Barcelona.