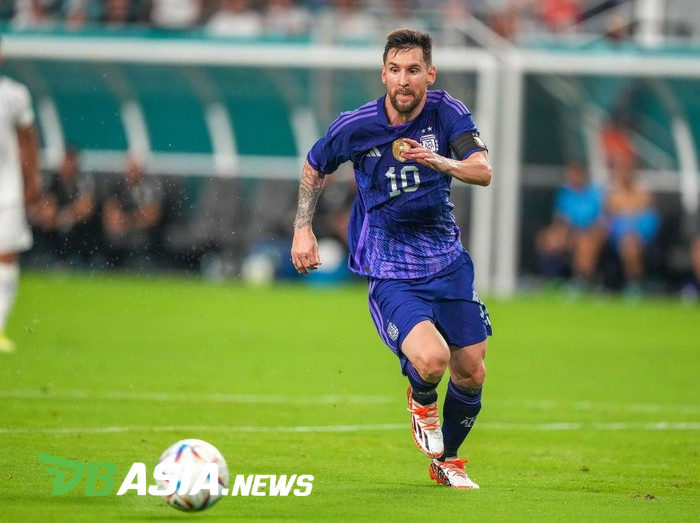 DBasia.news – Barcelona reportedly have several plans to remember Lionel Messi, whether it’s as a player or not.

The seven Ballon d’Or winner was teary when he said goodbye to the Blaugrana last year, after the financial situation prevented Barca from extending his contract.

Messi is said to be willing to take a pay cut in order to stay in Catalunya, but the Argentine superstar finally ended his career with Barcelona, ​​which was more than two decades old.

La Pulga then moved to Paris Saint-Germain, registering 11 goals and 15 assists in 34 games under Mauricio Pochettino last season, and Messi has started 2022/23 brilliantly, producing 6 goals and 8 assists in 11 games.

Now, Barcelona’s improving economic situation has led to speculation that Messi could return to Camp Nou. His contract at PSG expires at the end of this season although there is an option for a one-year extension.

Spanish media Marca confirmed that Barca wanted a reunion with Messi, and president Joan Laporta had already drawn up several plans for his return.

One of them is to make Messi the ambassador of Barcelona, ​​as well as display a large scale for the Argentine star.

The move will not repatriate Messi as a player, Marca’s report adds that although it has not been completely ruled out, with Xavi looking to first see other team-mates who want to play for Barcelona again.

However, bringing Messi back to Camp Nou as a player would require a “massive” financial commitment, but La Pulga still has residency in Barcelona and has never ruled out a return.

Moreover, if he wants to return to Barcelona as a player, Messi must be willing to cut his salary massively. The report claims that he will find the answer.

If the move doesn’t materialize, Messi could still return as technical secretary, and Barcelona want to make sure that whatever new position Messi is in, it should reflect that for the Blaugrana.

Messi is an absolute legendary figure for Barcelona. He won 36 major trophies during his career at Camp Nou, and is their all-time top scorer (672 goals) and most appearances (778).