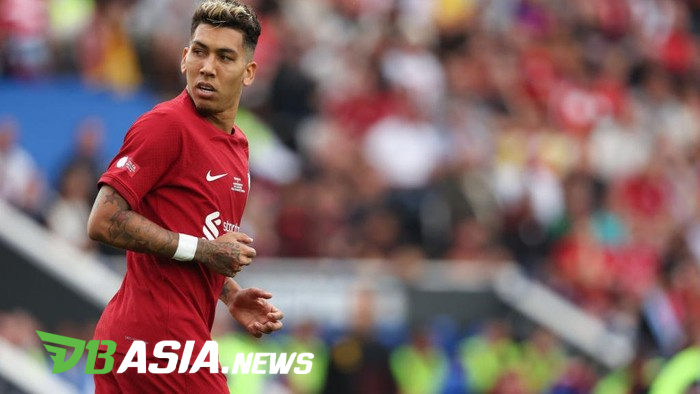 DBasia.news – Reportedly Roberto Firmino is heading to Liverpool’s exit. The Brazilian player is now responding to the news.

Firmino’s position in the Liverpool first team is indeed threatened with the arrival of Darwin Nunez. The Reds management certainly doesn’t want to spend a lot of money on a player who will sit on the bench.

On the other hand, Firmino is entering the final year of his contract at Liverpool. Nunez’s presence is certainly a strong signal that he is no longer needed at Anfield.

In the last few days, Firmino has reportedly become Juventus’ main target. The Bianconeri do need additional forwards to replace the roles of Alvaro Morata and Paulo Dybala.

Liverpool are certainly open to selling Firmino now. This summer will be the last chance to profit from his transfer.

But Firmino firmly denied these rumors. He said he was happy at Liverpool.

“I love this team, this city and the fans. I’m still here and of course I want to stay,” Firmino told TNT Sport.

Firmino’s determination to stay has the full support of Liverpool manager, Jurgen Klopp. Evidently the tactician played him as a starter when challenging Chelsea in the Community Shield event.

This could be a signal that Klopp still needs Firmino. But all possibilities can still happen until the transfer market closes.

“Bobby is very important to us. The heart and soul of this team, the way we played in the last years was only possible because of Bobby,” Klopp said.

“That’s why I’m so happy he’s been able to train for most of the pre-season so far. Everything looks great so I’m fine.”