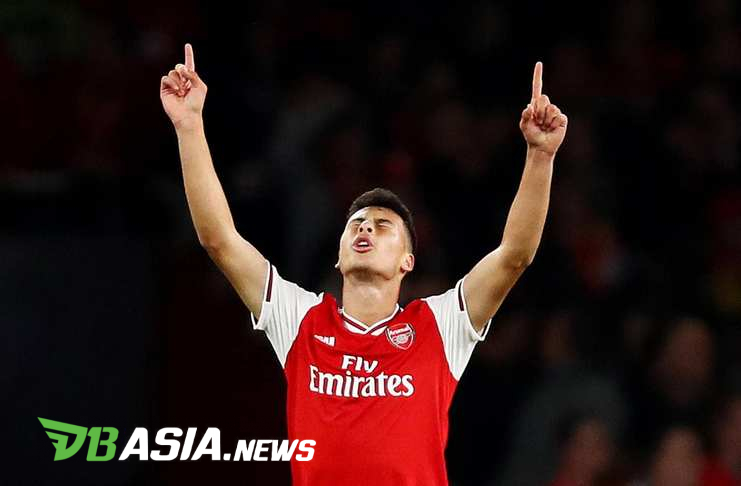 DBasia.news –  Arsenal’s two opening goals were scored by Gabriel Martinelli against Standard Liege in the European League, Friday (4/10) AM. His amazing performance successfully brought Arsenal a 4-0 win over Standard Liege.

Not only opening the victory, the two goals in the match against Standard Liege also made Gabriel Martinelli make history. He broke Theo Walcott’s record as the youngest player to score a brace for the Gunners on the European club scene.

When playing in the match between Arsenal vs Standard Liege, Gabriel Martinelli was 18 years old and 107 days. The 18-year-old Theo Walcott crammed two goals in the Champions League group phase match against Slavia Prague, which ended in 7-0 on October 23, 2007.

One special thing, the young Brazilian striker scored two goals against Standard Liege in a fast tempo. Both goals are only 131 seconds later. His first goal was made in a 13 minute match. Meanwhile, his second goal was scored when the match ran for 16 minute.

Not only scoring two goals, the 18-year-old striker who was only recruited from Ituano at the start of the season also made one assist. Through the beautiful bait, Dani Ceballos scored the Gunners’ fourth goal against the opponent.

The Arsenal vs Standard Liege match is the third appearance of Gabriel Martinelli with Unai Emery’s club. Previously, he played for 6 minutes when the Gunners won 1-0 over Newcastle United in the first week of the Premier League and appeared fully in the 5-0 win over Nottingham Forest in Round III of the Carabao Cup. In the match against Forest, he also scored two goals.