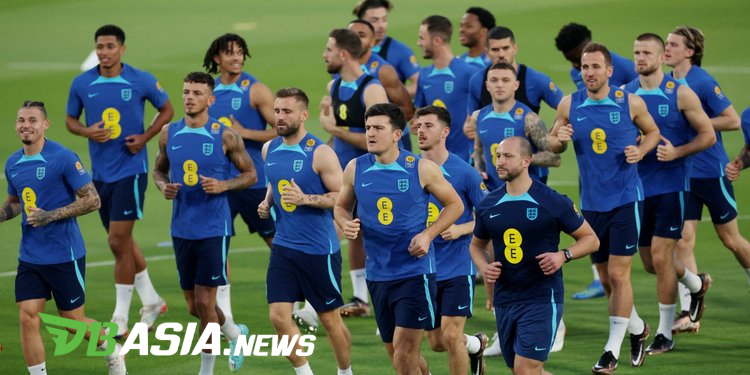 DBasia.news – The England national team got off to a good start at the 2022 World Cup against Iran. The Three Lions managed to win with a score of 6-2.

England dominated with 79% of ball possession with a record of 13 kicks (7 on target). That was a good start for Gareth Southgate’s team, who are one of the candidates for the 2022 World Cup.

Moreover, in the second match England will play against the United States at Al Bayt Stadium, Saturday (26/11) at 02.00. Fans expect a lot from England, who last won the World Cup in 1966.

In addition, Southgate has entered his sixth year coaching England with a significant team development, starting from the 2016 European Cup, 2018 World Cup, to the 2020 European Cup. Moreover, the players will receive stimulus if they win the 2022 World Cup.

In addition to the winner’s medal and champion’s trophy, according to Dailymail, the British players will each receive £500,000 or approximately Rp 9 billion.

According to reports published by Sunsport last month, Southgate will receive a bonus of £3 million, or approximately Rp 55 billion, if he is able to follow in Alf Ramsey’s footsteps when he led England to win the 1966 World Cup.

This amount has gone through the salary of the former Middlesbrough coach. The increase from the incentive fund also approached England’s rivals in winning the World Cup title, such as Germany, Belgium and Brazil.

The bonus was also obtained from assistance of £30 million per year with the main British sponsor, Nike. In total, as reported by Marca, the total bonus that is prepared if England wins will reach £13 million.