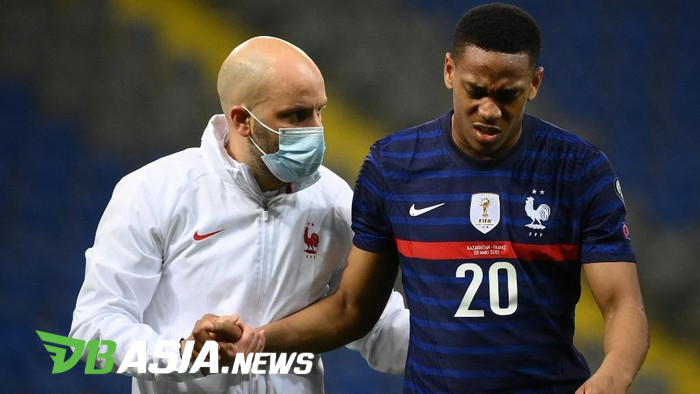 DBasia.news – The coach of the French National Team, Didier Deschamps stated that Manchester United could breathe a sigh of relief. Anthony Martial’s injury was not too severe.

In this match, Martial who appeared as a starter had to be withdrawn in the 59th minute. His knees appeared troubled.

Martial is now also almost certain to be absent when France travels to Bosnia-Herzegovina headquarters on Thursday (1/4) am, WIB. But Deschamps insisted this was only a precaution.

“Anthony has a small problem in his knee. We have run some tests, but there is still pain,” Deschamps said as quoted by Goal.

Martial has indeed appeared inconsistent throughout this season. But his presence is still badly needed by Manchester United.

The Red Devils will undergo a crucial period in the remainder of this season. Ole Gunnar Solskjaer’s team must not slip again if they still hope to win the Premier League and Europa League trophies.

With Martial’s injury, Manchester United are in danger of experiencing an attacking crisis. The condition of the other two bombers, Marcus Rashford and Edinson Cavani, is also doubtful.

Solskjaer will certainly face big problems if two of the three forwards cannot be played. Practically he only had Mason Greenwood to rely on.

Manchester United will host Brighton & Hove Albion in the continued 2020-2021 Premier League this weekend. Four days later, they will also play the first leg of the Europa League quarter-final against Granada.