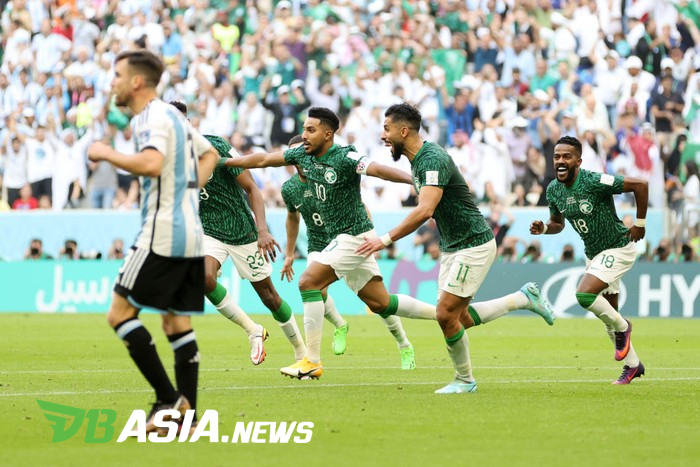 DBasia.news – Saudi Arabia made a surprise at the 2022 World Cup. Playing against Argentina, in the opening match of Group C at Lusail Stadium, the Green Falcons won with a score of 2-1.

Amazingly, Saudi Arabia made a comeback after falling behind Lionel Messi’s penalty goal in the 10th minute. The comeback occurred in the second half through goals from Saleh Alshehri (48′) and Salem Aldawsari (53′).

Saudi Arabia only released two shots on target from three attempts and scored two goals. Effective. Their ball possession was also 30% and Argentina with 70% possession was unable to create many dangerous opportunities.

Alshehri or Aldawsari could be an option for Game Star or Man of the Match in that match, especially Aldawsari who scored a beautiful goal. However, the 31-year-old goalkeeper, Mohammed Al-Owais, really deserved to win it.

Despite not keeping clean sheets, Al-Owais managed to frustrate Argentina with five saves and all of them were made from inside the penalty box. Other statistics from Sofascore are 39 ball touches, 14 accurate passes out of 26 total passes, one time hitting the ball, two successful aerial balls, and one successful decision to leave the penalty box.

The presence of goalkeeper Al-Hilal with 43 caps calmed Saudi Arabia’s back line. They played collectively in defense and frustrated Lionel Messi and his team, but the presence of Al-Owais frustrated Argentina even more.