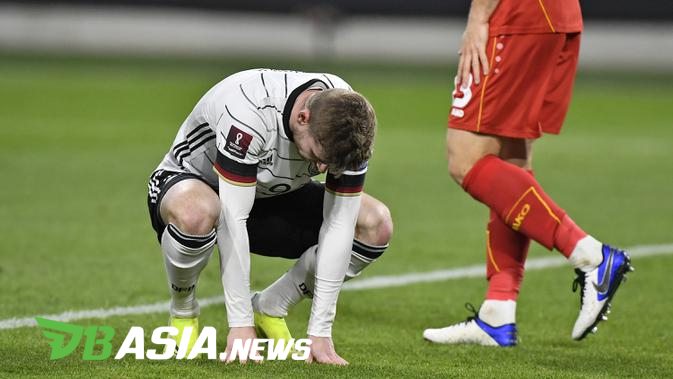 DBasia.news – Timo Werner was in the spotlight when the German National Team lost 1-2 to North Macedonia in the 2022 World Cup qualifiers. The Chelsea striker was unable to score a point at a golden opportunity that could change the outcome of the match.

Werner did not play as a starter in the match which took place at the MSV Arena on Thursday (1/4) am, WIB. He was entered in the 56th minute to replace Kai Havertz.

The German national team coach, Joachim Low, certainly hopes that Werner can be the differentiator in this match. At that time Der Panzer was indeed behind 0-1 after Goran Pandev broke into Marc-Andre ter Stegen’s goal at the end of the first half.

The entry of Werner has given a breath of fresh air to Germany’s game. Evidently, they were able to equalize seven minutes later despite Ilkay Gundogan’s penalty execution.

Werner then almost became the hero of Germany’s victory with ten minutes remaining. He has a golden opportunity to break into the North Macedonia goal after receiving a carefully crafted pass from Gundogan.

Standing unchecked in the penalty box, Werner should be able to easily break into Stole Dimitrievski’s already out-of-position goal. But his left footed kick went wide of the goal.

Werner looked appeared disappointed after wasting this opportunity. Gundogan, who gave a mature pass, also couldn’t believe the moment that had just happened.

Germany tried to equalize in the remaining time. However, the 2-1 score for the visitors’ victory did not change.

The result of the match would have been different had Werner been able to complete this golden opportunity. But now he could only regret it.

Failure to take advantage of a golden opportunity in the match against North Macedonia is not the first time Werner has done this season. He also experienced this several times while defending Chelsea.

There are at least two similar golden opportunities that Werner failed to take advantage of. This happened in the match against Rennes and Leeds United.

Understandably Werner has began to be compared with Fernando Torres. The former Chelsea striker had wasted a golden opportunity when he faced Manchester United in the 2011-2012 season.

This failure will certainly disturb Werner’s self-confidence. If he doesn’t get up soon, his future as a striker for the German national team and Chelsea could be threatened.