Timothy Fosu-Mensah has a chance to leave MU 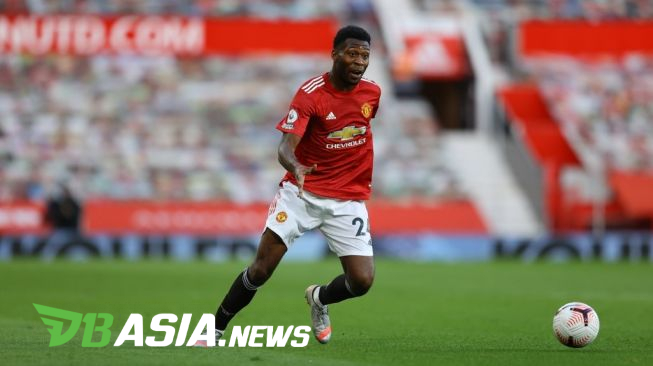 DBasia.news – This winter transfer market has been treated in different ways by European clubs. They tend to be more cautious in selling, loaning, or recruiting new players in the midst of the corona virus pandemic.

One club that is predicted to be passive is Manchester United. Amad Diallo arrived came to the Red Devils this January as he joins other recent recruits including Donny van de Beek, Edinson Cavani, Alex Telles and Facundo Pellistri.

Not just recruiting MU players, they will also release their players. This was confirmed by the manager, Ole Gunnar Solskjaer. One player confirmed to be leaving the club is Timothy Fosu-Mensah.

“I am not sure if Timo will stay or (whether) he will take the option now,” Solskjaer told reporters as quoted by Goal.

“He’s not playing enough, so of course he’s allowed to speak to the club, with the intention of leaving now in January. It’s difficult when you have good players, talented players, and you can’t give them playing time. He’s at the stage where he has to go and play again. “

“Maybe (at) the end of January, or maybe in the summer he finds somewhere else. So he’s working hard, Tim, he’s ready to move to any club he feels ready,” explained Solskjaer.

Timothy Fosu-Mensah has been defending MU since 2016 from the academy after being recruited from the Ajax Amsterdam academy. During his four years with MU, Fosu-Mensah played only 29 times and was on loan at Crystal Palace and Fulham.

At the age of 23, Fosu-Mensah needs a club that can give him more opportunities to play and develop his career, increase his playing time. According to Transfermarkt, the price of a defender who can play as a full-back, center-back and holding midfielder is around 5-10 million euros.

Timothy Fosu-Mensah has a chance to leave MU