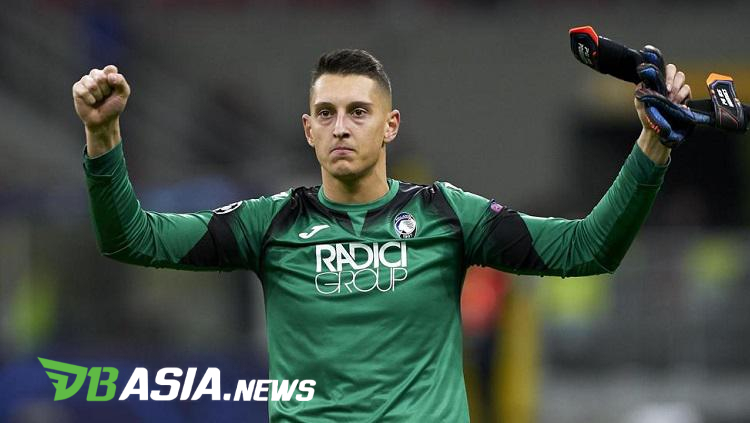 DBasia.news – Tottenham Hotspur are reportedly targeting a new goalkeeper. Pierluigi Gollini from Atalanta is the target of the North London club.

The rumors were spread by Calciomercato.com, which said that Fabio Paratici as Tottenham’s new sporting director wanted to bring Gollini to London.

Atalanta recently brought in Juan Musso for 20 million euros from Udinese. This indicates that La Dea wanted to let go of Gollini, who has been targeted by several teams in Europe.

Paratici is said to have asked Atalanta about Gollini, who previously spent time at the academy at Manchester United and Aston Villa in England.

A potential move to Spurs for the 26 year old player is seen as part of Tottenham’s rejuvenation process. Main goalkeeper Hugo Lloris, 34, currently has one year remaining on his contract with the Lilywhites.

Tottenham’s initial idea was to borrow Gollini for the next two seasons. Furthermore, Tottenham will make the Bologna-born goalkeeper permanent if he performs satisfactorily.

Atalanta on the other hand are more willing to let their goalkeeper go on a permanent transfer. There are also claims that if they want to borrow him, you must be required to purchase Gollini after the loan duration is over.

In addition to Tottenham, Gollini is also in demand by Inter Milan and Atletico Madrid. Samir Handanovic as La Benemata’s main goalkeeper happens to be 37 years old and has one year remaining on his contract.

From Atletico’s point of view, Jan Oblak is currently also being targeted by many top clubs. With two years remaining on his contract, Atletico could let the main goalkeeper go if there are tempting offers.