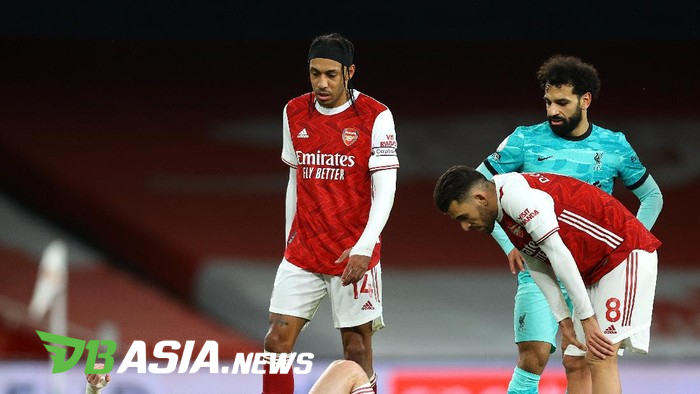 DBasia.news – Arsenal and Liverpool legend Michael Thomas advised the Gunners on which players to sign for next summer. Thomas suggested Arsenal to strengthen the defensive wing in order to match the two top teams, Manchester City and Liverpool.

Inconsistency in playing is still a classic problem for Arsenal. From Arsene Wenger’s era to Mikel Arteta, Arsenal have had difficulty reaching the level of playing at the top of the standings.

Thomas, who was an Arsenal player from 1984 to 1991 after promotion, considered that there are several areas that Arsenal can strengthen. In particular, Thomas has advised Arsenal to strengthen full-backs by recruiting Achraf Hakimi.

“There are several areas (which Arsenal have strengthened to match the level of Liverpool and Manchester City),” said Thomas. “But it all depends on the completion of the season and whether they qualify for Europe or not.”

“I think a right-back is needed and I like the transfer rumors with (Achraf) Hakimi at Inter. I saw him at Dortmund and thought this guy has a machine of a certain quality.”

“The coating at left-back is important. (Kieran) Tierney is amazing and looks like he will get better, but someone with experience who can still offer something, like (Ryan) Bertrand, will be good there.”

“(Yves) Bissouma from Brighton would be my choice to partner Thomas Partey in midfield. Both of them are solid, able to use the ball well and are 90 minutes (strong stamina) players. Finally, keep (Martin) Odegaard! He has great vision and work very well, “he added.

Currently Arsenal are still sitting in ninth place in the standings with 42 points from 29 matches, seven points adrift of West Ham United at fifth place and nine points with Chelsea in fourth place.