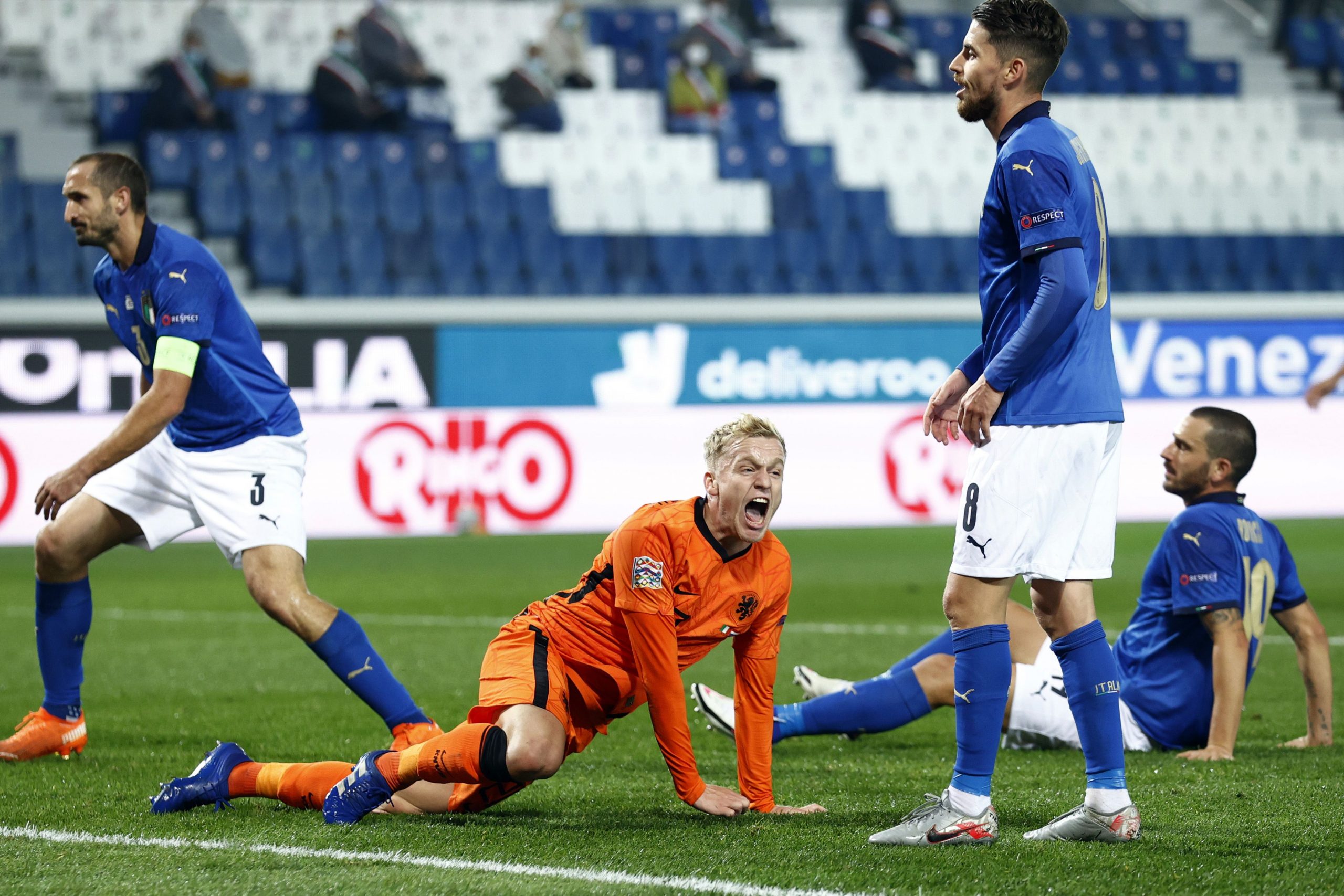 DBasia.news – The UEFA Nations League will continue to hold a number of matches on Wednesday (14/10) local time. As a result, Italy drew against the Netherlands, France managed to defeat Croatia, and England failed to score points at Wembley.

The Italian national team played 1-1 against the Netherlands on Matchday 4 of the UEFA Nations League A Group 1, at the Atleti Azzurri d’Italia Stadium. These results has made Italy be in second place of the standings, while the Netherlands are one place below.

The Azzurri took the lead in the 16th minute after Lorenzo Pellegrini. The winger took advantage of Nicolo Barella’s pass.

However, Italy’s advantage did not last long. Nine minutes later the Dutch equalized through Manchester United midfielder, Donny van de Beek. The 1-1 score lasted until the end of the match.

Turning to other matches, the French national team won a narrow 2-1 victory when they traveled to Croatia’s headquarters on Matchday 4 of the UEFA Nations League A Group 3, at the Maksimir Stadium. These results has made Didier Deschamps’ squad be in second place behind Portugal, who both earned 10 points.

France took the lead when the game was eight minutes in. Antoine Griezmann shot into Dominik Livakovic’s goal.

Croatia was able to equalize through a goal by Nikola Vlasic in the 64th minute. However, France was back ahead in the 79th minute after Kylian Mbappe snatched Lucas Digne’s pass.

In other matches, the England national team lost 1-0 when they hosted Denmark on Matchday 4 of the UEFA Nations League A Group 2, at Wembley Stadium. Now, The Three Lions are in third place in the standings with two points behind Belgium who at the top.

Catastrophe came for England after Manchester United’s world’s most expensive defender, Harry Maguire, was sent off. Maguire received a second yellow card in the 31st minute.

A few minutes later, Denmark received a penalty after Jordan Pickford was deemed to have violated Thomas Delaney. Christian Eriksen, who advanced as the executioner, did a good job and brought Denmark 1-0 ahead in the 35th minute.

Until the end of the match, no more goals were scored. Denmark took home the three points.

Following are the results of the UEFA Nations League matches:

Poland vs Bosnia and Herzegovina: 3-0

Finland vs Republic of Ireland: 1-0