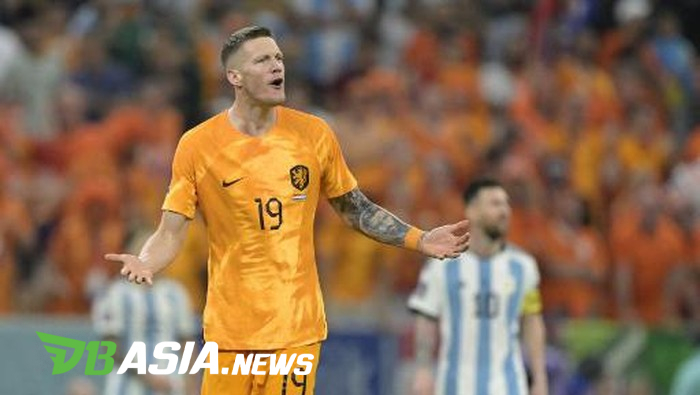 DBasia.news – Wout Weghorst’s transfer saga with Manchester United continues to be in the spotlight. Things are good enough for the Red Devils, but Weghorst club, Besiktas, refuse to let him go until they find a replacement.

As is known, after Man United’s targets such as Cody Gakpo and Joao Felix were hijacked by rival teams, Liverpool and Chelsea, the club targeted the 30-year-old Dutch striker, Wout Weghorst.

The former Wolfsburg striker was loaned out by Burnley to Besiktas. Man United have obtained an agreement from the player, also with Besiktas and Burnley, but now it all depends on Besiktas to find a replacement.

“Wout Weghorst did not train with the team today, reports Gokmenozcan. There is no risk of injury,” said football transfer expert Fabrizio Romano.

“Manchester United have reached full agreement with Besiktas, Burnley and Weghorst, but the Turkish club will only allow a deal to be signed if they find a desired replacement.”

Seeing the rumors of Weghorst’s arrival, the Dutch football legend, Marco van Basten, spoke up on the matter. To Ziggo Sport, Van Basten warned Man United before recruiting Weghorst as he felt that too many players or Dutch people in one club did not always go well.

“It can be dangerous if you have too many Dutchmen and things don’t go well,” Van Basten told Ziggo Sport.

“You saw that at Barcelona too, when they had five Dutchmen. Then it will cost you. Ten Hag has to be careful with that.”

“I have my doubts (about Weghorst). Look at Luuk de Jong. That’s really a striker you can play in the air. I don’t think Weghorst is strong at that. He can score headers, but he’s more like a player who can do something with passion and power.”

If he comes to Man United, Weghorst will become the third Dutch player after Tyrell Malacia and Donny van de Beek. The color ‘orange’ is also increasingly dominant at Man United with the presence of Ten Hag, as well as Eredivisie alumni such as Lisandro Martinez, Christian Eriksen.