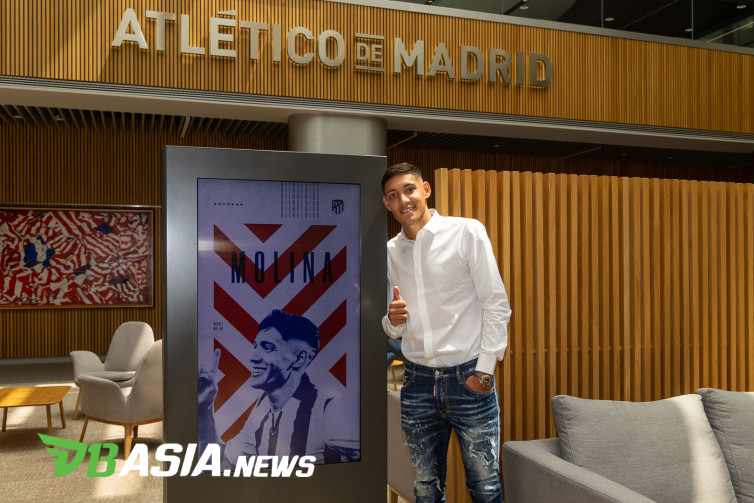 Nahuel Molina is Atletico Madrid’s newest signing of the transfer market this summer, having completed his transfer to the Spanish capital from Udinese.

The Argentine right-back has spent the last two seasons in Serie A with Udinese, making 68 appearances, scoring 10 goals and providing 7 assists. He is known for his ability to play on both flanks of defence, as well as his potential to assist in attack.

Nahuel Molina started his career at Boca Juniors’ academy, making his first-team debut in the 2015-16 season, and made nine appearances for Xeneizes before spending two years on loan at Defensa y Justicia and Rosario Central.

After breaking into European football, his performances in Italy did not go unnoticed by Lionel Scaloni, who gave him his debut for Argentina in the South American region’s World Cup qualifiers.

Molina then recorded five matches in the 2021 Copa America, in which Argentina managed to become champions.

Molina arrives in LaLiga at the perfect time for Atletico coach Diego Simeone. Molina will fill in at right-back, a position where they are quite vulnerable after the departure of Kieran Trippier in the middle of last season.

El Cholo can now regularly field Marcos Llorente in midfield, a position where he has stood out in the 2020-2021 season thanks to his impressive partnership with Trippier.

The arrival of Molina became Atletico’s solution in the full back position. Moreover, at the age of only 24, Molina entered his golden age. Atletico is the ideal club to maximize his  potential, especially with Simeone as coach