Zidane is Disappointed with Madrid’s First Half Game against Bilbao 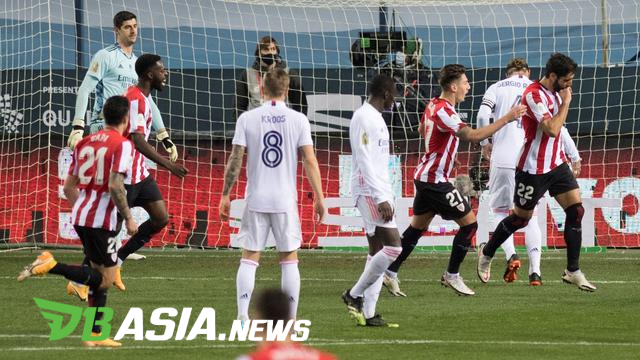 DBasia.news – Real Madrid coach, Zinedine Zidane was unable to contain his disappointment after being defeated by Athletic Bilbao in the semifinals of the 2020-2021 Spanish Super Cup. The French coach regretted his team’s terrible first half game.

In the match that took place at La Rosaleda, Friday (15/1) am, WIB, Madrid defeated Bilbao with a score of 1-2. Two of the opposing team’s goals were scored in the first half.

Madrid actually started the match well. Eden Hazard and his team mates had more possession of the ball and created a number of opportunities.

But Bilbao were able to steal a goal through Raul Garcia’s action in the 18th minute. The same player doubled Los Leones’ lead 20 minutes later with a penalty after Lucas Vazquez fouled Inigo Martinez in the box.

“The first half was challenging because we didn’t start the game well. They scored with the two chances they had, “said Zidane after the match.

“They pressed high and we lost the ball which we don’t normally do. We ended up changing formations because we weren’t comfortable with Luka (Modric)’s position. “

Zidane did make changes immediately at the start of the second half. He entered Nacho Fernandez to replace Raphael Varane.

As a result, Madrid performed much better. Unfortunately Los Blancos scored a little late in scoring a goal back.

Madrid was only able to reduce the position in the 73rd minute through Karim Benzema’s action. The French forward then scored the second goal even though it had to be ruled out for being offside.

“Now all we can do is keep working, try to rest well and think about the next game. You have to turn the page and keep working, we can’t go crazy now, “he concluded.