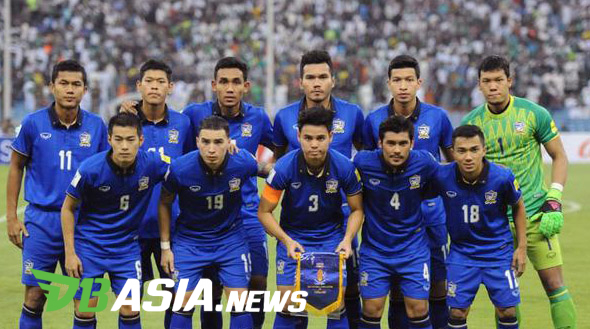 DBasia.news – Thailand national team who belong to Group B 2018 AFF Cup with Indonesia national team haven’t ensured 23 names for Milovan Rajevac squad. Thailand still have 27 names in his squad and possibly he would eliminate one of four European players.

Manuel Tom Bihr and Philip Roller are Germany players and play as the defenders, each supporting Bangkok United and Mitr Phol FC.

Meanwhile, Mark Baldini is the Italian player supporting Chainat Hornbill. On the other hand, Kevin is a Sweden player as the wing defender of Port FC.

One of the four players might be eliminated. He is Mark Baldini.

He is injured. Even though he has been joining the pitch and running on Friday (2/11).

“It’s okay now. I could run. But I don’t know for the friendly match. I didn’t join the training in these two days,” he said.

Mark Baldini won’t be worried about his status. He would accept the elimination by Milovan Rajevac.

“I’m not worried about the elimination. I know about that. I’m young and so many things to learn. I come to support the team, so I won’t be worried. This is a chance to be part of the team, I can learn from the experienced players,” he explained.