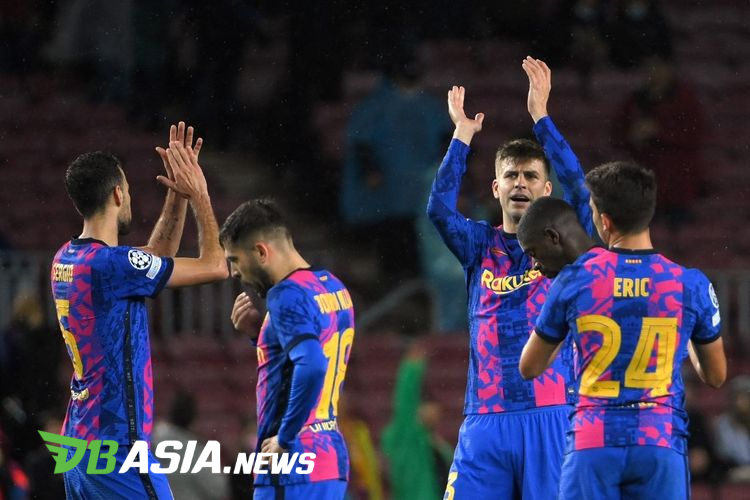 DBasia.news – Barcelona won a disappointing result when they hosted Benfica on the fifth matchday of the 2021-2022 Champions League. The Blaugrana’s chances of qualifying for the last 16 are now under threat.

In the match that took place at Camp Nou, Wednesday (24/11), Barcelona failed to dismantle Benfica’s defense. Both teams had to settle for a 0-0 draw.

Even though Barcelona dominated the game. Xavi Hernandez’s team’s possession of the ball touched 66 percent.

Barcelona also has a myriad of opportunities to score goals. Only the skill of Odysseas Vlachodimos and Benfica’s crossbar made the hosts fail to score.

“Benfica came to score 0-0. They know how to play to get it and that’s a big reason why we didn’t score,” Xavi said after the game.

“What’s important is that we create chances. It’s a matter of time before chances come in.”

A draw against Benfica still makes Barcelona’s position from second place has not been shifted. But the position of El Barca is now very insecure.

Barcelona must win when they travel to the headquarters of Bayern Munich in the last match. Defeat could make their position overtaken by Benfica who are only two points behind.

Beating Munich is certainly not an easy matter. Die Roten is in the best form and is one of the champion candidates.

Xavi is aware of this condition. But he believes Barcelona still has a chance to beat Munich.

“We missed opportunities there, but we have to keep going. There is another opportunity coming in Munich and we have to take it.”