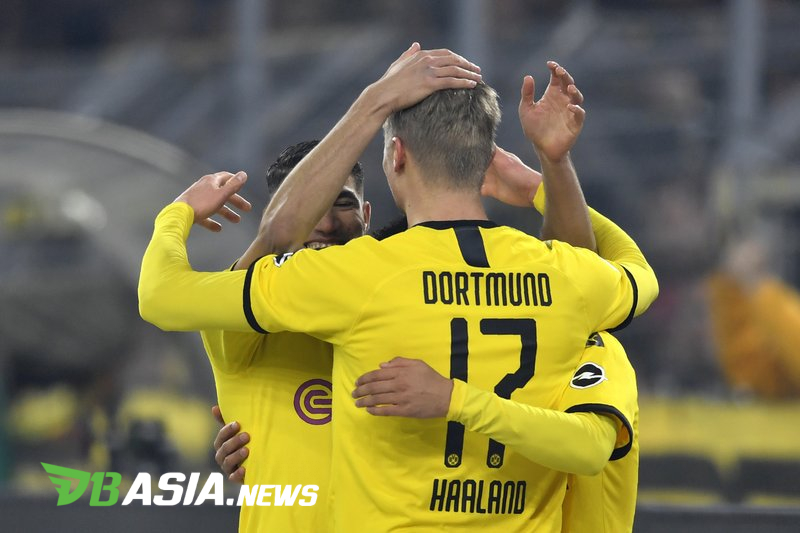 DBasia.news –  Borussia Dortmund successfully defeated Eintracht Frankfurt 4-0 in the 22nd week of the German League, Saturday (2/15) AM. Erling Haaland continued to score in this match.

At Signal Iduna Park, Lucien Favre’s team opened the lead in the 33rd minute. Achraf Hakimi cleverly released feedback to Lukasz Piszczek who was standing freely in front of the visitors’ penalty box.

With one measured shot, the Polish full-back managed to break through Frankfurt’s goal guarded by Kevin Trapp.

Dortmund’s new position increased in the second round, precisely in the 49th minute.

Receiving a long pass from Axel Witsel, Jadon Sancho cut-inside from the right side of Frankfurt’s penalty box.

After outwitting Frankfurt captain, David Abraham, he calmly sent the ball into the left corner of the goal, making Trapp’s goal tremble for the second time.

Five minutes later, it was Haaland’s turn to make the yellow wall cheer.

The one-two collaboration between Sancho and Hakimi ended with a horizontal crossing towards Haaland, who mercilessly made Trapp fall back. The score becomes 3-0.

Dortmund’s victory celebration closed in the 74th minute. Raphael Guerreiro released a long-range shot that failed to be saved by Trapp.

In the remaining matches, no more goals were created, and the match ended with Dortmund’s 4-0 victory.

These results has made Dortmund rise to second place in the German League standings with 42 points, shifting RB Leipzig who had the same points but lost on goal difference.

They are only one point from the top standings, Bayern Munich. While Frankfurt did not budge in ninth position with a total of 28 points.

The composition of players between Borussia Dortmund vs Eintracht Frankfurt