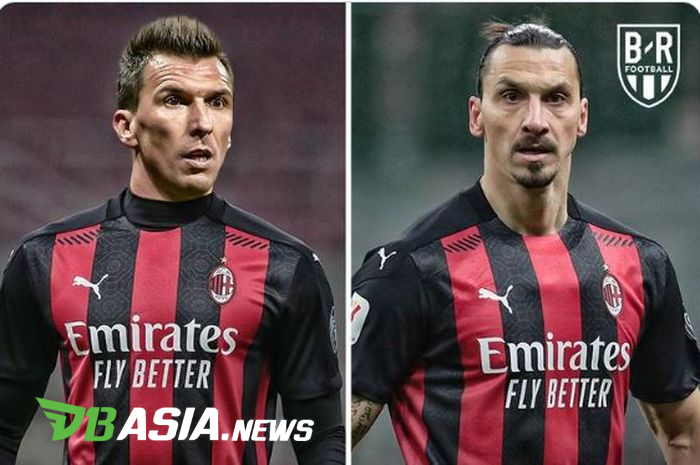 DBasia.news – Zlatan Ibrahimovic made his first duet with Mario Mandzukic when AC Milan hosted Atalanta in the 2020-2021 Serie A continuation. Unfortunately the Rossoneri failed to achieve maximum results in this match.

In the match that took place at the San Siro on Sunday (24/1), WIB, Milan played poorly and lost 0-3. Luckily this result did not shake Stefano Pioli’s team from the top of the standings.

Ibrahimovic initially played as the sole spearhead in this match. Meanwhile, Mandzukic was only introduced in the 70th minute to add power to break into when Atalanta was already leading 2-0 through goals from Cristian Romero (26 ‘) and a penalty from Josip Ilicic (53’).

The attacking duo proved to be powerful enough to dismantle Atalanta’s defense. Mandzukic was even the only Milan player who was able to shoot a shot at the opponent’s goal.

However Mandzukic failed to mark his debut with a goal. Atalanta was actually able to kill the match through Duvan Zapata’s goal in the 77th minute.

Mandzukic’s performance in the match against Atalanta did not escape Ibrahimovic’s attention. He highlighted the character of his new duet in action on the field.

“Mandzukic doesn’t say much. I tried to greet him in Slavic and Italian, “Ibrahimovic told Sky Sport Italia.

“The coach asked him if he wanted to say a few words and he said no.”

Ibrahimovic’s statement is like a criticism for Mandzukic. He wanted his new partner to communicate more.

However, in fact Ibrahimovic was unbothered by Mandzukic’s character. He hopes to be more compact in the next match.

He’s not someone who talks much, but that’s fine. He was very concentrated, “he concluded.