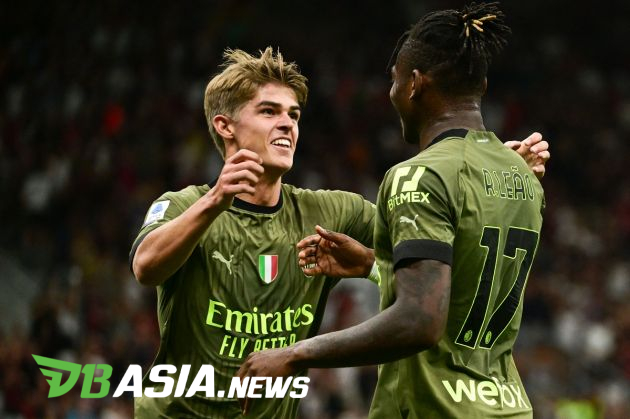 Previously, Milan failed to win after playing just as strong against Atalanta. These results made Milan collect four points from two matches.

Now, Milan are chasing for a victory when they meet Bologna. Moreover, Milan’s competitors in the top flight failed to win.

The Rossoneri opened the scoring in the 21st minute through Rafael Leao’s goal. The Portuguese striker fired a low shot into the near corner after receiving a pass from Charles De Ketelaere.

Charles De Ketelaere deserves a thumbs up on the scoring process. The new signing won the ball superbly in midfield and brought it forward. In addition, his bait was also good.

For Leao, that goal made him the player with the most home goals scored in Serie A (8, with Dusan Vlahovic) since the start of 2022.

Milan doubled the lead to 2-0 in the 58th minute. Starting from Leao’s movement, Olivier Giroud scored with an over-the-shoulder volley kick.

Until the end of the game, no more goals were created. Bologna who actually had more control of the ball with 53% had difficulty penetrating the Rossoneri’s defense. The eight opportunities that were created were not on target.

For Stefano Pioli, the victory was important to maintain consistency at the start of the competition. He saw Milan growing.

“Playing for the fans is always a special emotion and we try to turn their passion into energy on the pitch. This team is more concentrated and has a lot of confidence than in the past, playing with the determination to attack and defend as a unit,” explained Pioli to Sky Sports.

“I am satisfied knowing we can still develop,” added the former Fiorentina coach. With that result, Milan are at the top of the standings after winning seven points from three matches. Next, Il Diavolo Rosso will travel to Sassuolo headquarters (30/8) before meeting Inter Milan the following week.