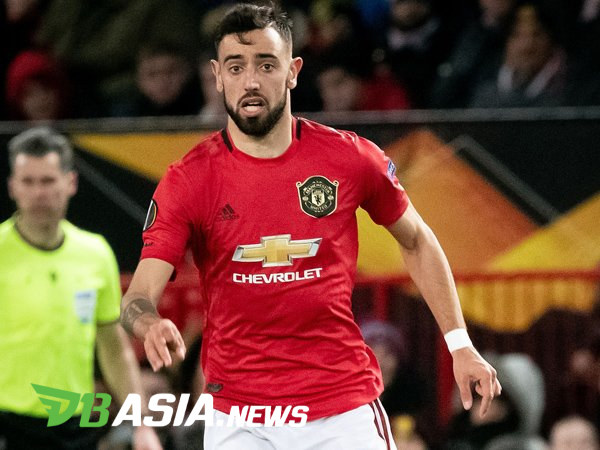 DBasia.news –  Bruno Fernandes has picked up Manchester United’s game since coming from Sporting Lisbon in January.

Latest, Fernandes scored from the spot in the 27th minute when Man United crushed Club Brugge in the last 32 of the Europa League last 32 at Old Trafford on Friday (2/28) early morning Western Indonesian Time. United won 5-0 and other goals were scored by Odion Ighalo, Scott McTominay, and Fred (two goals).

Fernandes scored his second straight goal for Man United after breaking into Watford’s goal – also through the white point. His presence is not just as a penalty scorer but also gives creativity in midfield.

That creativity was lost instantly since Paul Pogba was hit by a relentless hurricane this season. The 55 million euros spent by United for Fernandes is equivalent to the contribution made by the former Udinese and Watford players.

Fernandes has interesting statistics against Club Brugge. He touched the ball 75 times, played 48 passes in the opponent’s defense, five dueled for the ball, five times captured the ball, four kicks, created three chances, released three shots on target, and twice made a tackle.

His role is very central in midfield in providing creativity to play with vision, the ability to pass the ball, and the spirit of running for space to be easily passed by teammates. Even United legend who once played as a midfielder like Fernandes, Paul Scholes, praised and acknowledged its quality.

“When you bring in players like Fernandes, it makes everyone excited. Usually, players from other countries need more time to adapt. Hopefully, he stays in this performance for the rest of the season.”

“What do I like about Bruno? Everything so far. Creativity. His awareness on the field. Before the ball came to him, he knew what was around him. He was sensational.”

Bruno Fernandes has indeed changed Man United who played boring before to be interesting to watch. Fernandes is like a combination of Scholes with Michael Carrick with his vision and accurate ball pass.

Man United for the first time since 2013 won the match in Europe with a score of five goals. According to Squawka writer Muhammad Butt, Bruno Fernandes is a playmaker who has been looking for United so far.

“It took a long time to take him to Old Trafford but there is no doubt that Bruno Fernandes is an elite playmaker that United has long been waiting for,” said Butt.