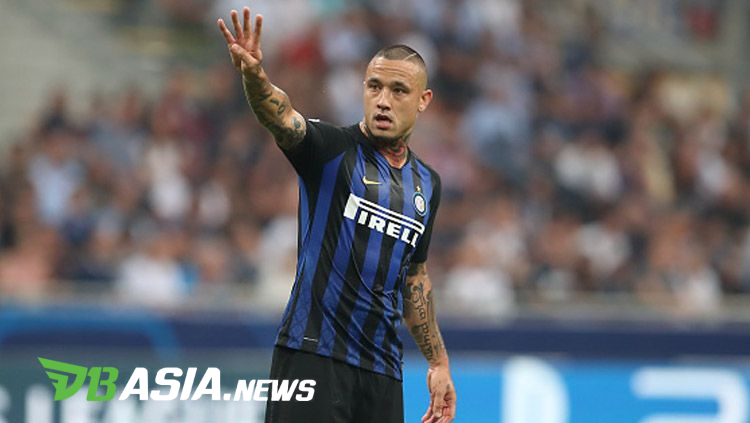 The Indonesian-Bataknese-born player was loaned for one season by Cagliari without an option to buy at the end of the season. This will be Nainggolan second-period on defending the Sardinian club after playing there in the 2010-2014 period.

Nainggolan scored seven goals in 137 appearances with Cagliari in the first period before going to the capital club, AS Roma. Interestingly, Nainggolan was loaned to Inter even though it was only a season to strengthen the team – last season under the tutelage of Luciano Spalletti.

“It didn’t take long for him (Nainggolan) to win the hearts of the Rossoblu fans: the fighter’s enthusiasm, his determination and his desire to lead the team to victory,” said a statement on the Cagliari official website.

“A player who leads the team and set an example for his team-mates. Now, Nainggolan is once again a Cagliari player, ready to give his greatest strength, character and international experience in the interests of the team.”

The departure of the 30 caps and six goals with the Belgian national team had been foreseen. Together with Mauro Icardi, Nainggolan also became a player who was not included in the game plan Antonio Conte, Inter coach.

Nainggolan got angry with Inter and was ready to prove they were wrong to release him in the transfer market this summer.

“I have made a slightly forced decision. In the end, they (Inter) chose them (to be sold), we tried to do good things,” Nainggolan said, quoted by Calciomercato.

“I have other priorities now, this decision (moving to Cagliari) is easy to make. Now I will be involved, I will try to prove on the playing field that they (Inter) were wrong for selling me,” he stressed.

Inter did let him go. But, Nainggolan has a personal reason for choosing to return to Cagliari. The reason is noble: his wife, Claudia, is from Sardinia and is currently battling cancer.