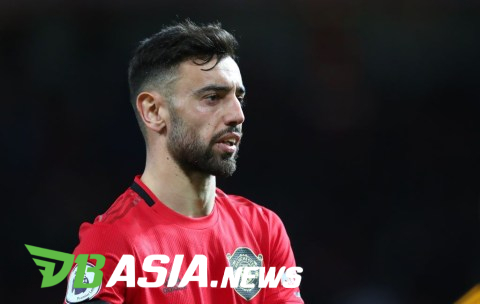 DBasia.news –  Manchester United new signing, Bruno Fernandes, had to settle for a draw in his debut match, after the Red Devils were held to a 0-0 draw at home to Wolves. Manchester United legend, Gary Neville, praised the Portuguese player’s game.

“These are early days but I like what Fernandes is doing. “I think he’s fine, it’s a challenging match for him,” Neville said at Soccerway.

“We’ve heard a lot about his assists and his goals and how he can influence the game up front, but when he was transferred as United’s defensive midfielder with Fred in the second half, I really thought he was quite successful.”

Bruno Fernandes was immediately played by United when meeting Wolverhampton at Old Trafford on Sunday (2/2/2020) AM. His presence has yet to bring the Red Devils to victory. They ended the game with a score of 0-0.

Even so, Fernandes’ 90 minute appearance was considered to be quite satisfying. As quoted from Opta, he made five shots in this fight.

The player who was recruited from Sporting CP also contributed in defense. He did two tackles, three strokes and blocked the opponent’s kick once.

“Bruno Fernandes showed a lot of experience and discipline not to expose himself too much. In the first round he played as number 10 and he reminded me a little of Juan Sebastien Veron when he first came to Manchester United. “

“Fernandes is attacking everywhere and moving everywhere. He is busy and continues to look for space. I prefer him in the second round when he was a bit more controlled and I think it was a good debut from him, “said Neville.