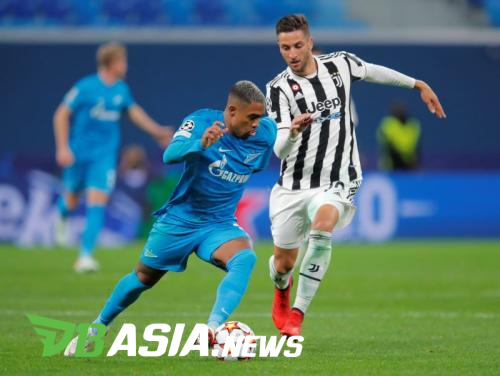 DBasia.news – Coach Massimiliano Allegri said that Juventus actually played badly even though they were finally able to beat Zenit St. Petersburg in the 2021-2022 Champions League.

In the match which took place at Krestovsky Stadium, Thursday (21/10) early morning WIB, Juventus beat Zenit with a score of 1-0. But the Bianconeri had to wait until four minutes of normal time remained to score the winner.

Dejan Kulusevski who entered in the second half appeared as a hero. His header took advantage of Mattia De Sciglio’s pass to bury the hosts’ hopes.

Even though Zenit was able to provide fierce resistance throughout the match. While the Juventus game is also not too special.

“This result is important for the points but not easy because Zenit defended and we made a lot of mistakes in the final third. We slowed it down too much and allowed too many shots on goal on the counter-attack after losing the ball,” Allegri told Sky Sport Italia.

“We should have controlled it more once we were 1-0 up. It wasn’t a great performance, but we got the result and it puts us in a very strong position.”

Juventus’ game has not shown any sign that they are serious challengers for the title. Front line performance is one of the highlights.

Even so, Allegri should not be too disappointed. He still has a lot of time to improve Juventus’ performance.

What is clear is that the victory over Zenit increases Juventus’ chances of qualifying for the knockout phase. They now top the group H standings with perfect scores.