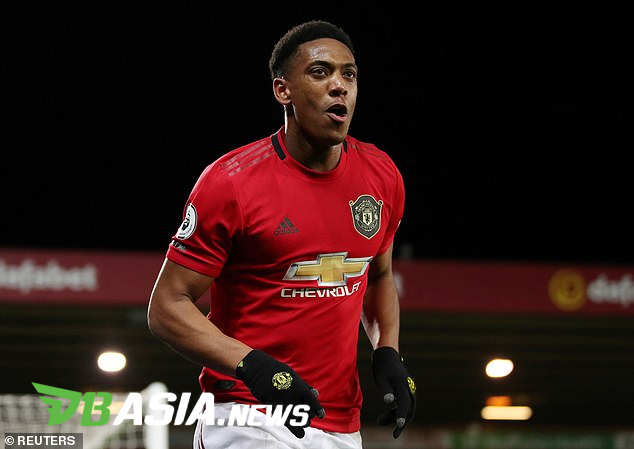 DBasia.news –  France national team manager, Didier Deschamps said that calling Anthony Martial into his squad would be too risky, considering that the new player is recovering from injury. But it is different for Manchester United, who actually scored many goals after recovering from injuries.

Anthony Martial proved he had a positive impact on Manchester United’s attack. After returning from injury, the player began to diligently score goals. Martial became a matching tandem for Marcus Rashford.

Strangely, despite Martial’s uphill performance, the French national team did not call in the player for the 2020 European Cup qualifiers against Moldova (11/15) and Albania (18/11). Apparently, Deschamps had strong reasons behind the decision.

“Martial is a core player in the French national team. Some time ago, Martial suffered an injury. He also had just recovered recently. So, it is too risky to call him this time,” Deschamps explained as quoted by the Manchester Evening News.

Currently, the French national team is in second place with the same points as the Group H leader, Turkey. Iceland are threatening from the third row by four points. Which means, Les Bleus only need one more victory to seal the 2020 European Cup tickets.

“He played well in the Manchester United forward. He has always been a potential player for us to call and conditions have not changed.”

The decision of France not bringing Martial becomes good news for Manchester United. Because, with so the risk of injury to the player when defending the French national team would be destroyed. In addition, the 23-year footballer can also focus on returning his physical condition to normal.

Since the start of the season, Anthony Martial has missed Manchester United eight times. The player has taken a while to heal his hamstring injury.

Besides Martial, one Manchester United player who was not brought in by the French national team was Paul Pogba. The new star appeared in five matches in the Premier League.