Destroyed Augsburg, Gladbach Secure the Top of the Bundesliga Standings 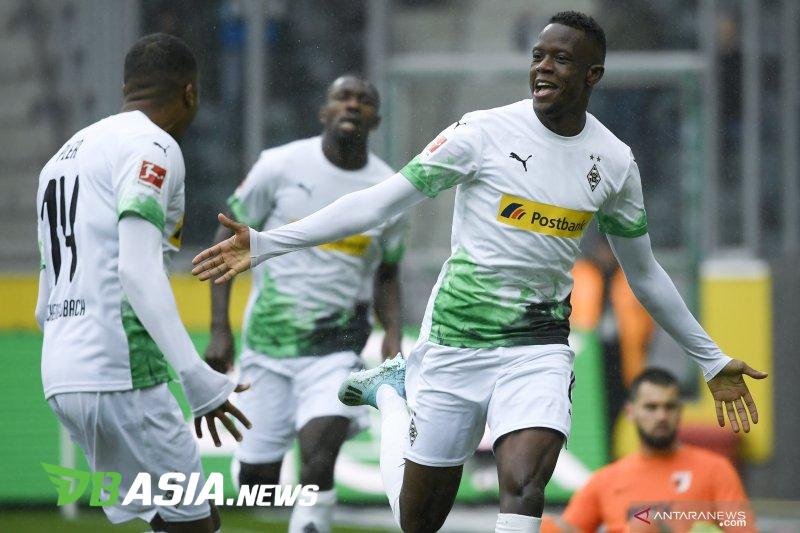 Die Fohlen tops the standings with a collection of 16 points, one point ahead of second-ranked Wolfsburg. As for Augsburg, the fourth defeat this season leaves them still ranked 14th, according to the German League’s official website.

Less than five minutes later, Gladbach doubled the lead. Alassane Plea ran after the ball sent by Ramy Bensebaini to then send a bait that was completed perfectly by Patrick Herrmann.

The former German national team player then scored his second goal in the 13th minute. Starting from one-two passes with Plea, Herrmann re-enters the ball into the corner of Augsburg’s goal.

Plea still managed to contribute a goal six minutes before halftime. Augsburg goalkeeper Tomas Koubek failed to master the pass behind him, the ball can then be stolen by Plea who without difficulty breaking into the visitor’s goal.

Augsburg strengthened its defense in the second half by including Raphael Framberger and Reece Oxford to replace Stephan Lichtsteiner and Rani Khedira. The effort was a success because their defenses were more difficult to breach.

The visitor was even able to reduce the lag in the 80th minute when Florian Niederlechner struck the bouncing ball after goalkeeper Yann Sommer made a save.

But Augsburg’s little excitement was only three minutes old. Gladbach managed to restore a four-goal lead thanks to a goal from a substitute, Breel Embolo, who got an assist from Hermann.

The composition of players according to the official page of the German League: