German League Results: Gladbach Returns to the Top of the Standings 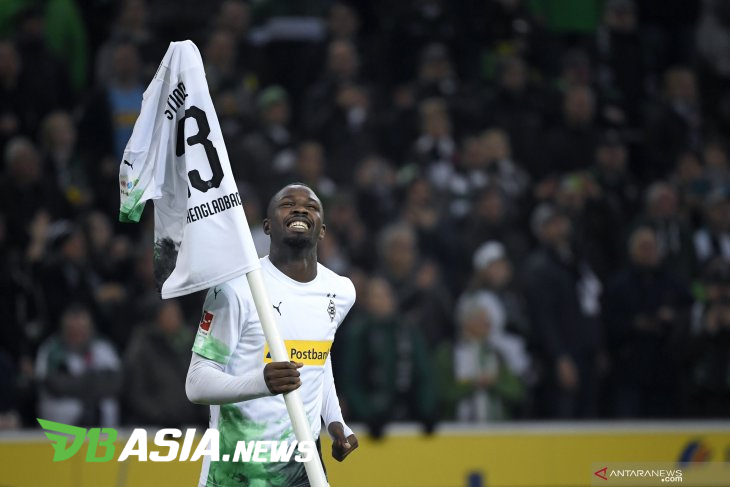 DBasia.news –  Borussia Moenchengladbach reclaims the top of the German League standings thanks to a 4-2 victory over guest Eintracht Frankfurt.

The victory at Borussia Park brought Gladbach to collect 19 points and have the right to occupy the top position, while Frankfurt stuck in ninth with 14 points, according to the official German League page.

Both teams were involved in buying and selling attacks in the first 20 minutes, where Frankfurt duo Daichi Kamada and Goncalo Paciencia spread threats to the hosts, while Denis Zakaria and Marcus Thuram troubled the visitors’ defense.

Gladbach gradually put more pressure on, and they reaped the results in the 28th minute through goals from the counterattack. Breel Embolo dribbled on the right-wing and his cross passed David Abraham, Makoto Hasebe, and Frederik Ronnow to be passed by Thuram to the Frankfurt goal.

The Foals looked comfortable with the situation and doubled their lead just before the break when Frankfurt again struggled to overcome a cross from the right side, and this time Oscar struck the ball with a horizontal shot.

The host continued to press after halftime and terrorized Ronnow’s goal with several shots, Lars Stindl’s curling shot went wide and Laszlo Benes forced Ronnow to make an acrobatic save from his free-kick.

Surprisingly Frankfurt was able to reduce their lags, Kamada gave Danny Da Costa a pass to be followed by a close-range shot.

After being able to reduce the lag, the quality of Frankfurt’s game improved, and Kamada became so troublesome for the host’s defense. The Japanese attack regulator had two good chances, but his first shot was inaccurate before releasing a header bouncing over the crossbar.

These failures must be paid handsomely when Nico Elvedi restored a two-goal lead for his team in the final phase of the match with a header to welcome Benes’s free-kick.

Frankfurt was still able to score another goal back through Martin Hinteregger’s header from a corner. But horizontal kick Zakaria locked the achievement of three points for Gladbach.