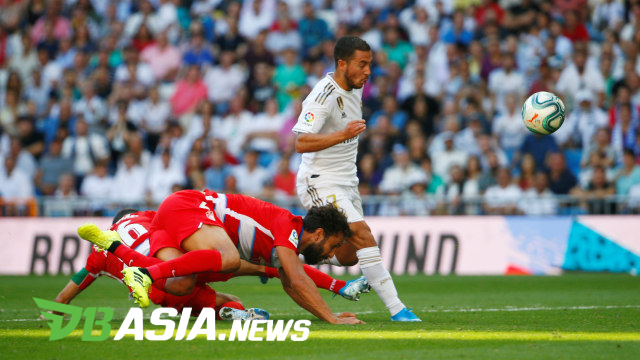 DBasia.news –  Belgian player, Eden Hazard managed to donate the first goal for Real Madrid at the Santiago Bernabeu Stadium, Monday (10/07/2019). Not only scoring goals, Hazard contributed assists for other Real Madrid goals. Hazard’s ability to play well in the match against Granada has also made Dani Carvajal thrilled.

According to Carvajal, the goal proved that Hazard was a very important player for Real Madrid in subsequent matches.

“I’m happy for Hazard.  “It’s a goal that is well-deserved, he works well and gets better every time,” Carvajal said as quoted from the club’s official page.

Carvajal also hopes that Hazard can continue to score goals and give the best performance for Real Madrid. Carvajal also stated that El Real’s squad is currently in very good condition.

However, Carvajal said that Real Madrid must be able to evaluate themselves as in the match against Granada they were conceded two goals when three goals ahead. “We cannot let this happen at a 3-0 lead at home, we need to improve it as it will make us lose points,” Carvajal added.