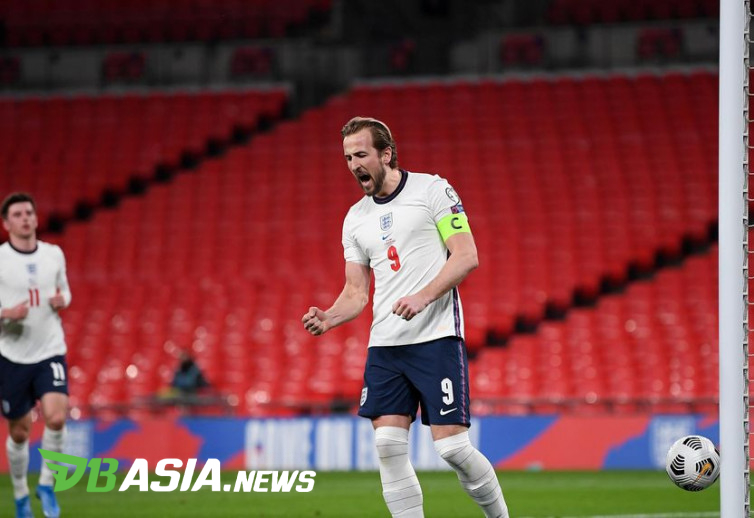 DBasia.news – The victory achieved by the England National Team when hosting Poland in the 2022 World Cup qualifying round has a special meaning for Harry Kane. The Tottenham Hotspur attacker successfully set two new records at once in this match.

Playing at Wembley Stadium on Thursday (1/4) am, WIB, England defeated Poland by a narrow score of 2-1. The result temporarily brought The Three Lions to the top of Group I.

Kane opened England’s lead in the 19th minute through the penalty spot. The prize was given by the referee after Raheem Sterling was violated in the forbidden box.

Kane effortlessly outwitted Wojciech Szczesny. The Juventus goalkeeper fell to the right even though the ball rolled into the middle.

It was the tenth penalty goal scored by Kane with the national team. This amount has made the 27 year old player officially hold the status as the all-time top penalty scorer of the England national team.

Kane broke Frank Lampard’s record, which scored nine goals from the spot. He still has plenty of time to widen the distance.

Not only that, Kane also made a rare record thanks to a penalty against Poland. He is now able to score goals on all days with England.

Before Kane, only Wayne Rooney and Lampard could do the same. The attacker seemed to be on his way to becoming a legend like his two seniors.

One other record that is still being targeted by Kane is of course the all-time top scorer of the England national team. Currently this status is still carried by Rooney with 53 goals.

Kane has so far scored 34 goals for England or 19 goals at odds. With a relatively young age, it is not impossible that this record will soon be broken in the next few years.