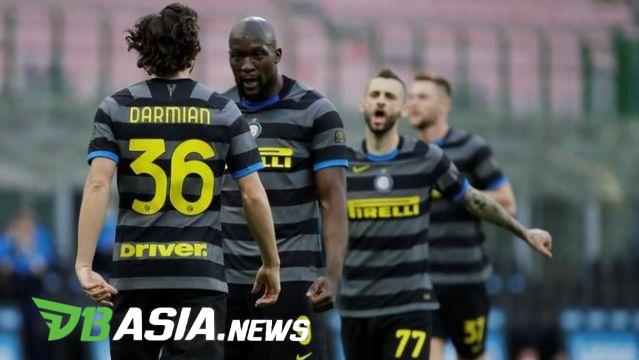 DBasia.news – Inter Milan won 3-0 at home to Genoa in Serie A at the Giuseppe Meazza Stadium, Sunday (28/2). Romelu Lukaku was the star of the Nerazzurri’s victory by scoring one goal just under a minute and playing a direct role in two additional goals from Matteo Darmian (69) and Alexis Sanchez (77).

Inter Milan immediately pressed since the early minutes of the match. Not even one minute, to be precise 32 seconds into the match, Inter Milan was able to score a goal through Romelu Lukaku.

The Belgian attacker was able to convert a bait from Lautaro Martinez with his right-footed shot. Inter Milan were quickly 1-0 ahead.

In the opposing camp, the visitors tried to equalize with a quick game. But the Nerazzurri’s stout defense made it difficult for Genoa to create mature opportunities.

Inter had another chance to double the lead in the 13th minute. But Matteo Darmian maximized the opportunities he received.

After four minutes, Inter Milan had another chance, this time through Lautaro Martinez. But the Argentine striker failed to take advantage of the chaos in front of Genoa’s goal.

In the 25th minute, Inter have another chance from outside the penalty box. This time Lukaku’s chance was broken by Genoa goalkeeper, Mattia Perin.

Despite several threats in the Genoa defense, Inter failed to add a goal until the score lasted 1-0 at half-time.

In the second half, Genoa tried to regulate the rhythm of the game by having a lot of possession in their own area. Genoa’s plan went well, it proved they were able to reduce Inter, who in the first half continued to press.

Even though they were able to keep the pace of the Inter players, Genoa were unable to present a threat. Until the 60th minute, they only succeeded in reducing Inter’s possession.

But Inter were finally able to add to their collection of goals on the 69th minutes. Goals were born from Matteo Darmian’s right-footed cross kick. The goal that was created could not be separated from the action of Lukaku who stabbed before sending a bait to Darmian. The score changed to 2-0.

The 78th minute, Inter was getting away. Romelu Lukaku again played a part in Inter’s third goal. Receiving Ivan Perisic’s pass, Lukaku poked the ball which Perin was able to contain. Alexis Sanchez kicked and headed straight into the goal. This is the first touch from Sanchez, who entered to replace Lautaro Martinez.

The referee had time to cancel Sanchez’s goal because he considered Lukaku was in an offside position first. However, after consulting with VAR, the referee decided to endorse Sanchez’s goal. Inter were ahead 3-0.

Until the whistle ended, the score 3-0 for Inter Milan did not change.

Thanks to this victory Inter are firmly at the top of the Serie A standings with 56 points from 24 matches. They are seven points ahead of AC Milan in second place with 49 points from 23 matches.