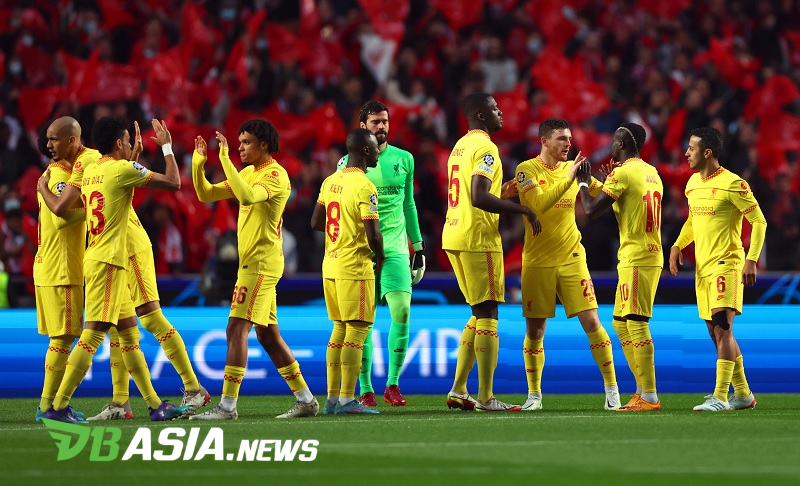 DBasia.news – Liverpool put one ‘foot’ into the semifinals of the Champions League 2021-2022. Playing the first leg of the quarter-finals at the Estadio da Luz, Benfica’s headquarters, the Reds won with a landslide score of 3-1, Wednesday (06/04).

Liverpool were the visitors but they were in control of the match with 66 per cent of the ball, compared to 34 per cent for the hosts, and had 17 shots (eight on target).

Liverpool’s results are even more convincing. Against Benfica at the Estadio da Luz, the Reds showed their class with a 3-1 win with goals from Ibrahima Konate (17′), Sadio Mane (34′) and Luis Diaz (87′).

Benfica only minimized it from Darwin Nunez’s goal in 49 minutes. Despite being the host, Benfica failed to control possession with only 34 percent, while Liverpool had 66 percent possession and released 17 kicks (eight on target).

Despite the win Klopp admitted it was not easy for Liverpool to win over Benfica in Portugal.

“Coming here and winning away games in the Champions League is difficult,” Klopp told BT Sport.

“Benfica fought for their lives, we gave them a bit too much but they also deserved the goal, although we could have defended better – they have counter-attacks, it’s not easy to keep the ball all the time and the more risks you take, they have very good player.

Liverpool also for the first time since October 1984 beat Benfica in the Champions League – last also winning 3-1, having previously lost their last three meetings without scoring.