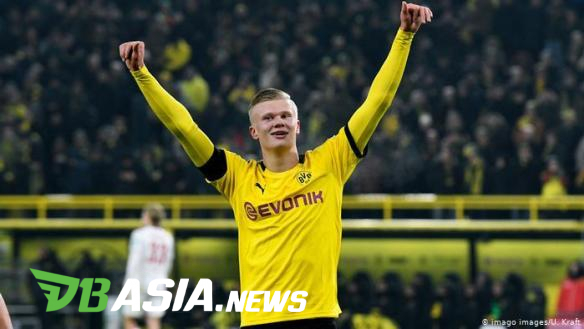 DBasia.news –  Borussia Dortmund’s coach, Lucien Favre, was amazed by the great performance of Erling Braut Haaland who was recruited this winter.

Earlier this morning, Haaland managed to continue his slick performance after scoring the brace against FC Koeln. This achievement has made Haaland successfully collected five goals from two parties with Der BVB.

“As a coach, it feels extraordinary because I am able to have players with qualified qualities like Haaland,” continued Favre.

Furthermore, Favre also praised the appearance of Marco Reus and colleagues in the party against FC Koeln. According to him, the brilliant game from Dortmund successfully made FC Koeln helpless.

“I am thrilled as we were able to score goals and have many opportunities in the match. In the end, we managed to get three important points and made FC Koeln unable to do much “concluded Favre.