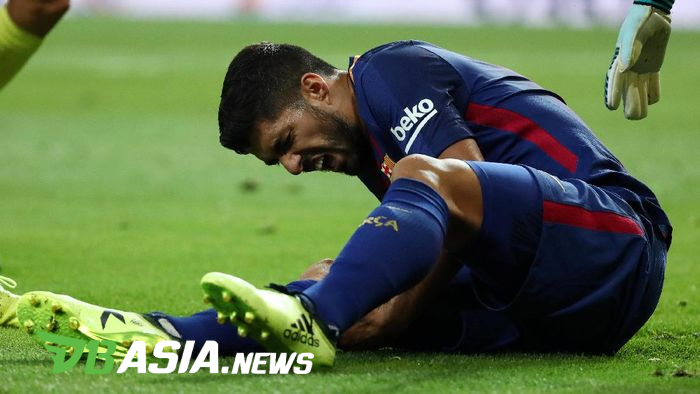 DBasia.news –  Barcelona like the term has fallen on the stairs. Losing to Athletic Bilbao, Barcelona also faced an injury storm that struck two of their top strikers, Lionel Messi and Luis Suarez.

Visiting San Mames, the headquarters of the Athletic Club Bilbao, Saturday (17/8) early morning local time, Barcelona lost 0-1 from Aritz Aduriz’s single goal that was created ahead of the game broke up. In that match, Suarez was injured.

An hour and a half match took place, El Pistolero was injured and replaced by Ousmane Dembele. Barcelona confirms Suarez’s right thigh injury.

“The results of tests conducted on Saturday morning have confirmed that the first team player, Luis Suarez, is injured in the right side of the thigh. His recovery will be monitored until he can return to action,” said a statement on the official Barcelona website.

Barca did not say how many days of recovery time Suarez, however, the media believe the recovery of the Uruguayan striker takes 10 days of recovery. This is a homework for Ernesto Valverde, Barcelona coach.

Together with Luis Suarez on the field, Barca are still having a hard time beating Bilbao. Moreover, Barca also played their two newer players: Frenkie de Jong and Antoine Griezmann.

Without Suarez and Messi, Valverde would have to find a way to win when against Real Betis in Week two of LaLiga at Camp Nou, Monday (8/26) at 2:00 a.m. Western Indonesian Time.

The absence of Messi could also be an opportunity for Barca to prepare for an era without La Pulga in the future. The Argentine superstar is 32 years old and there will be a day when Barca will no longer be able to play him (Messi retires).