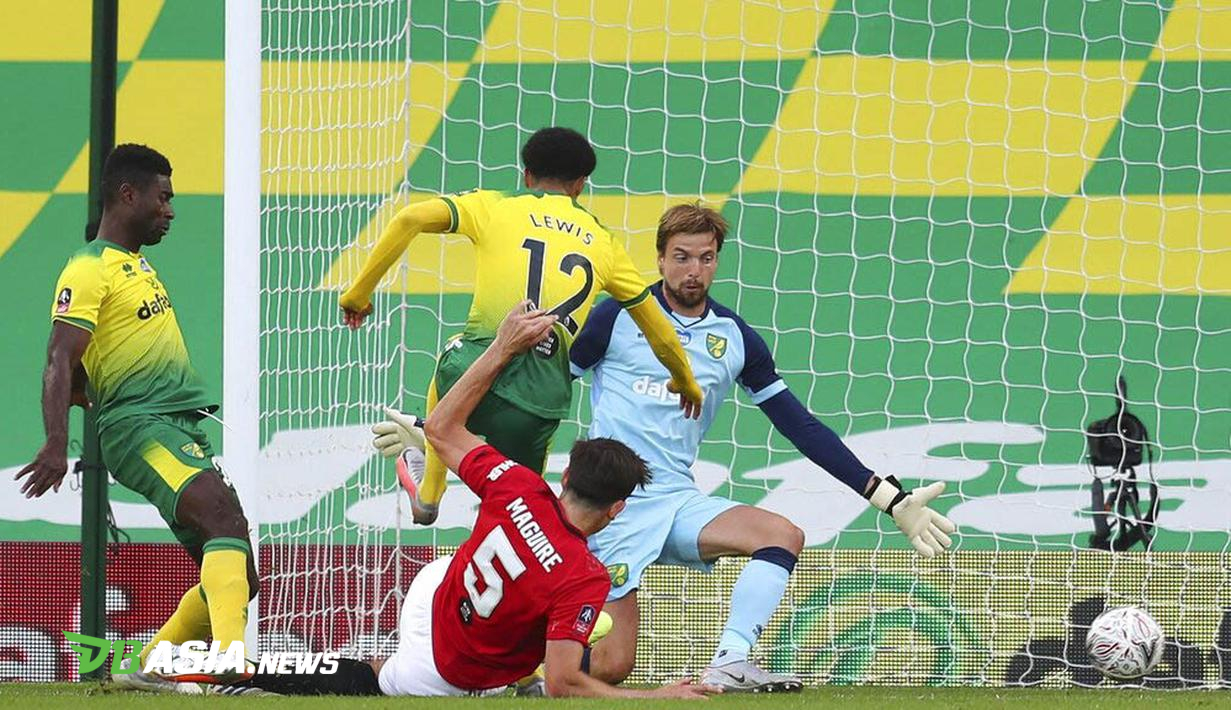 DBasia.news – Manchester United played against Norwich City in the 2019-2020 FA Cup quarterfinals. The match took place at home to Norwich, Carrow Road, Saturday, June 27, 2020 pm. Man United were undefeated in the last 13 matches in all competitions and performed confidently.

The game in the first half was quite boring. Man United dominated possession, played offensively against Norwich City who ‘parked the bus’ in defense and relied on counterattacks from the flanks.

While the hosts played with a 4-2-3-1 tactic to ward off Man United’s attack. Teemu Pukki was the spearhead supported by Todd Cantwell, Emiliano Buendia and Luke Rupp.

Norwich lost control of the ball but they did not need to be disappointed as it created several chances that endangered United’s goal, including ahead of the break when Rupp’s shot was blocked by United captain, Harry Maguire. The position of the first half ended goalless.

Man United stole the lead at Carrow Road in the second half. On the 51st minute Odion Ighalo scored when the ball was given by Luke Shaw through a bair into the penalty box. Manchester United ahead 1-0.

Norwich’s toil in attacking and trying to equalize finally paid off in the 75th minute. Onel Hernandez teamed up with Emiliano Buendia and ended with Cantwell’s breaking into Romero’s goal. 1-1.

The position lasted until the second half ended. The match continued in the extra round. Norwich were disadvantaged as they played with 10 players since Timm Klose was sent off on the 89th minute.

Starting from the pass of Bruno Fernandes to Ighalo who ran to score, Klose was forced to stop and received a red card.

In extra time on the 118th minute, Man United scored again. Paul Pogba, who played in the second half, passed the ball into the penalty box, failed to be controlled by Anthony Martial and Maguire who received the wild ball to score. Man United won 2-1 and advanced to the semifinals.