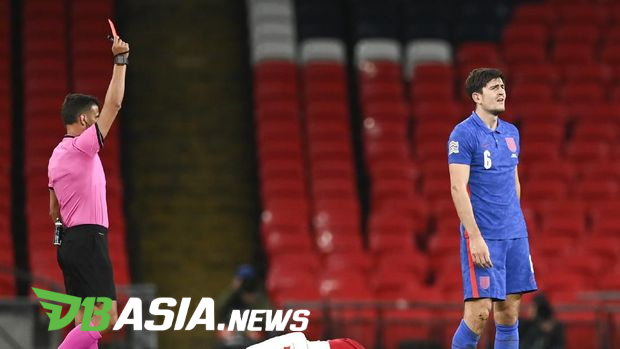 DBasia.news – Manchester United are reportedly looking to hunt for a defender in the upcoming transfer market. This step was taken as Harry Maguire has declined this season.

Manchester United’s unsatisfying results cannot be separated from the poor performance of Maguire’s back line. 11 goals have nested against David De Gea, making United the club with the second highest number of goals conceded after West Bromwich Albion in the Premier League.

Reported by ESPN, the Red Devils opened up the possibility of signing at least one center-back when the transfer market reopens in January. United manager, Ole Gunnar Solskjaer is eager to find a solid center-back partner after Maguire, Victor Lindelof and Eric Bailly have been inconsistent.

Reportedly, the Red Devils will pursue Sevilla defender from France, Jules Kounde. The 21-year-old player was linked with United city rivals, Manchester City at the start of the season. At that time Pep Guardiola was looking for players for his defense. The Citizens eventually brought in Ruben Dias and Nathan Ake.

Sevilla paid Kounde between 58 million and 63 million pounds. United will likely need to release their unused defenders, such as Phil Jones and Marcos Rojo. These two players are no longer a priority for Solskjaer and have already been dropped from the squad for this season’s Champions League.

Harry Maguire has recently been in the spotlight, especially after receiving a red card while defending the England national team against Denmark. The red card played a part in making England lose to Denmark.

Despite playing badly, Maguire still won the trust of Three Lions coach, Gareth Southgate. Maguire has similar trust at United. Even though several times the former Leicester City has made it difficult for his team which resulted in goals for the opponent.

“For me, he’s a top player and a big part of what we do. He’s had a period where he’s got a lot of punishments. He’s big enough to face that and he’s going to be stronger because of it,” Southgate said of Maguire.