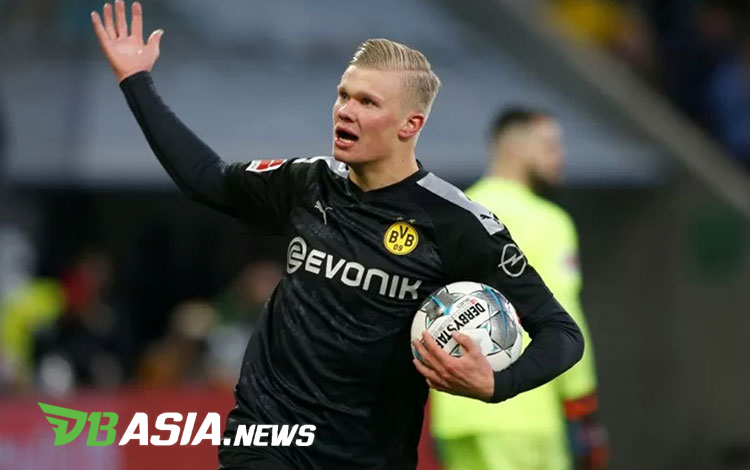 DBasia.news –  Erling Braut Haaland is believed to be able to emulate the success of his predecessor at Borussia Dortmund, Pierre-Emerick Aubameyang. Marco Reus stated.

“I think the last player to make his debut in the party against Augsburg is Aubameyang and he managed to score a hat-trick,” Marco Reus said as quoted on Der BVB’s official website.

“Of course I would be thrilled if Erling Haaland could follow Aubameyang’s footsteps here. “I had a great first impression with him and Haaland managed to start his career here in an extraordinary way,” Reus added.

Haaland scored three goals against Augsburg and managed to bring Der BVB home with three points. The victory also made Lucien Favre’s troops managed to maintain their place in fourth place of the Bundesliga standings.

Not only that, Haaland’s hat-trick also made him one of the deadliest bombers in Europe this season. In total, the Norwegian player has scored 31 goals in 23 appearances for Dortmund and Red Bull Salzburg this season.