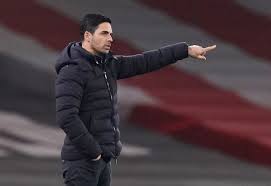 DBasia.news – Arsenal manager Mikel Arteta’s position is currently under threat. Even so, the manager admits he can adapt more quickly than expected.

At the start of his career with the Gunners, Arteta won him the FA Cup and Community Shield last summer. The manager admitted that the presence of the players really helped him in the adaptation process to be faster.

“I have adapted more than expected when I took the team, because there are certain things that I think are much better for the quality of the players we have,” Arteta said as quoted by Skysport.

The 38-year-old manager also said his adaptation process had a big impact on his players so they could put out their best on the pitch.

“Obviously we have to adapt because in the end we have to make life as simple, clear and efficient as possible for our players when they come on the pitch,” said Arteta.

Arsenal is currently in the process of rising from a slump. Previously, the inhabitants of the Emirates stadium had to enter the relegation zone and swallowed seven consecutive matches without a win.