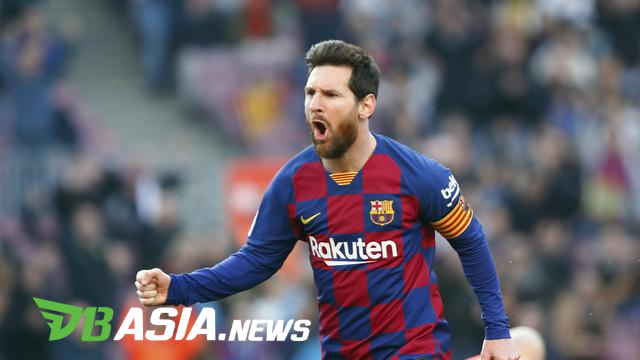 DBasia.news –  Ahead of the first leg match of the top 16 of the Champions League which brought Napoli against Barcelona on Wednesday (2/26) AM, was greeted greatly by Napoli supporters. Napoli supporters welcomed the arrival of the Barcelona star with joy.

The Napoli vs Barcelona match will take place at the Stadio San Paolo. The match between the two teams is fairly interesting as this is their first meeting in the Champions League.

These factors then has an impact on the home fan’s reception at the visitor’s team. Especially against Lionel Messi, who is the idol of many.

Partinopei supporters have been waiting for the arrival of the Barca squad in front of the hotel they are staying. Many of them unfurled support banners to La Pulga, waved Argentine flags, and even wore Azulgrana’s number 10 jersey.

When the players arrived and got off the bus, the fans screamed in excitement. Especially when Messi crossed in front of them.

On the other hand, the host fans’ support for the Argentine star is arguably a form of their hatred towards the rival of the mega star, Cristiano Ronaldo, who is currently with Juventus.

As you know, Napoli and Juventus have been in fierce competition in Serie A in the last few seasons. Relations between fans have also declined.

The match is predicted to run fiercely. Both Napoli and Barcelona are in a positive trend. The hosts have won in two consecutive matches and now they have moved up to sixth place. While the visitors have just couped Real Madrid from the throne of LaLiga.